Apple has vowed to investigate after workers staged a riot at an iPhone factory in India amid allegations of exploitation and unpaid wages at the plant.

Cars were flipped over and set on fire while glass panels were smashed with rods and lights, fans and CCTV cameras were torn down during the rioting on Saturday.

Nearly 150 people have been arrested after the violence at the Wistron Infocomm Manufacturing facility, a Taiwan-based Apple supplier which makes iPhone 7 handsets on the outskirts of India’s IT hub, Bangalore.

Local media reported workers saying they had not been paid for up to four months and were being forced to do extra shifts. 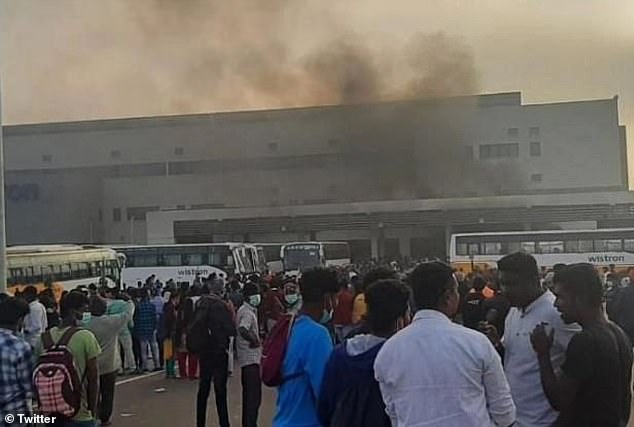 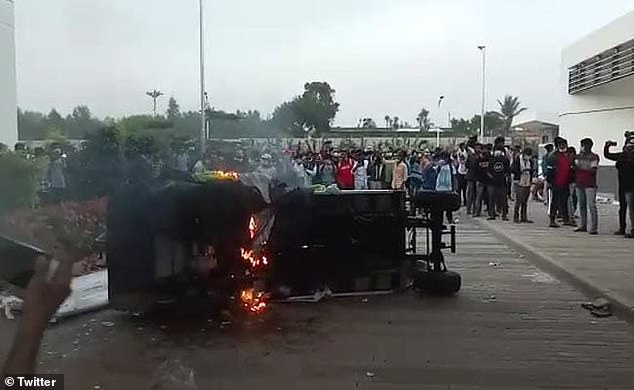 Apple said it was investigating the Taiwanese contractor and sending additional staff and auditors to the facility.

‘Our teams are in close touch with the local authorities and we’re offering our full support to their investigation,’ the company said in a statement.

Wistron, one of Apple’s top global suppliers, said it was ‘deeply shocked’ by the violence, which it blamed on ‘unknown persons… with unclear intentions’.

‘The company always abides by the law, and fully supports and is cooperating with relevant authorities and police investigations,’ Wistron said.

The deputy chief minister of Karnataka state, C.N. Ashwathnarayan, condemned the ‘wanton’ violence but said his government would ensure that the situation is ‘resolved expeditiously’.

‘We will ensure that all workers’ rights are duly protected and all their dues are cleared,’ he said.

Police have arrested 149 people over the violence, a senior police officer said. 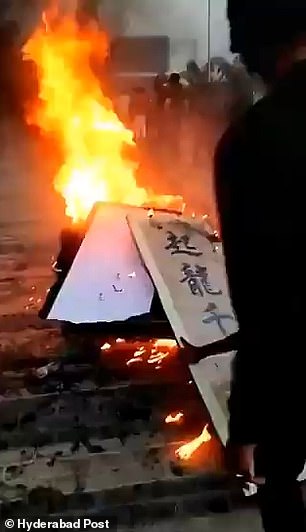 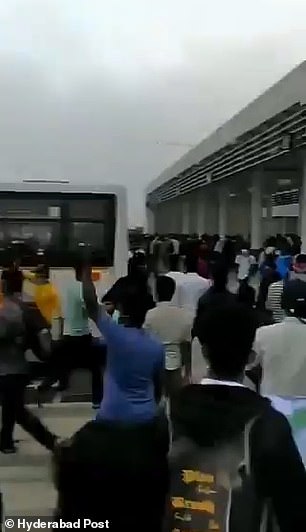 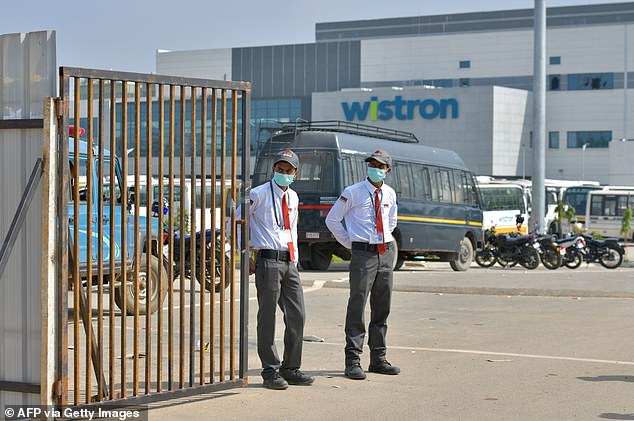 Videos made by employees inside the factory showed men breaking security cameras, windows and other equipment with rods and sticks.

‘The situation is under control now. We have formed special teams to investigate the incident,’ local police said on Sunday, adding no one was injured.

A local trade union leader alleged that there was ‘brutal exploitation’ of factory workers in sweatshop conditions at the iPhone manufacturing plant.

‘The state government has allowed the company to flout the basic rights,’ Satyanand, who uses one name, told The Hindu newspaper.

The factory employs some 15,000 workers, although a majority of them are contracted via staffing firms, according to local media.

Labour unrest is not uncommon in India, with many workers paid poorly and given few or no social security benefits.

A sizeable number of manufacturing plants are part of the informal sector, which employs 90 per cent of the vast nation’s workforce.

Parliament in September passed updated labour laws that the national government said would strengthen their rights, but labour activists say the new legislation makes it harder for workers to strike.