Debra Messing is admitting that she let her weight affect her psyche when she was an actress on the famed sitcom “Will & Grace” during the show’s initial eight-season run.

The 51-year-old “Will & Grace” star said she was ‘too skinny’ while on shows and she went from a size 8 down to a size 2 when she started in the role of Grace Adler in 1998, telling late-night talk show host and podcaster Jameela Jamil that she “couldn’t fit into clothes” at the time and would leave fittings “hating my body and hating myself.”

“I loved my costume designer, she would always say, ‘Don’t worry,’ and she would talk to her assistant and say, ‘OK, can you call over and get a larger size?’ And that was sort of the thing that was always on repeat all the time,” Messing recalled on Jamil’s “I Weigh” podcast (via “Entertainment Tonight”). 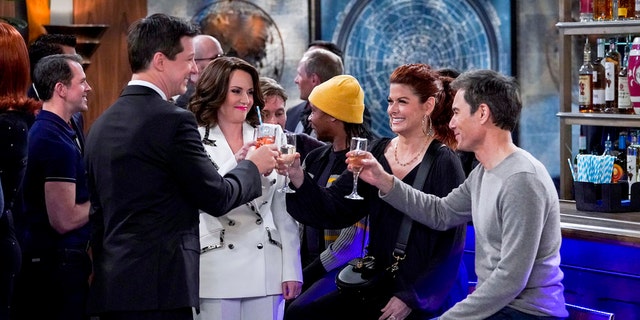 “I thought, ‘My life would be so much easier, and it would be easier on everybody trying to do their job, if I just lost weight,’” she added. “So I started doing yoga every single day and I did one of those meal delivery services. I started to get smaller and then I was a 6, and they were like, ‘You’re losing weight, you look amazing!’”

Jamil pointed to the year 1998 as the beginning of Hollywood’s often unobtainable beauty standards, adding that “the physique of the ’90s” was to be “wildly” thin and slender.

‘WILL & GRACE’ REBOOT TO END WITH UPCOMING SEASON

“I was lucky enough to be invited on the red carpet to the Emmys and the Golden Globes, and that was the same time that ‘Ally McBeal’ (1997) was at its height and Calista [Flockhart] was the ‘It’ girl and Portia de Rossi also was so, so slim, and she’s spoken openly about her anorexia, so it’s all within sort of the same theme,” Messing said, agreeing with Jamil’s sentiment.

“I would try to fit into these gowns and of course they weren’t sample sizes, and it was like, ‘OK, we have to let out the seams, etc.’” continued the “Ned and Stacey” actress. 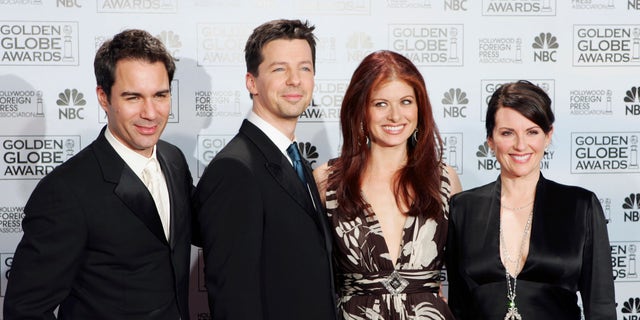 DAX SHEPARD REVEALS HE WAS FIRED FROM ‘WILL & GRACE’: IT WAS ‘MY ONLY FIRING EXPERIENCE OF MY LIFE’

“I was way too skinny,” Messing said. “But, you know, going in for those fittings, I fit into everything. And all of a sudden, I literally could fit into anything that was high fashion. So all of a sudden, everything seemed to open up for me, because I was a 2.”

Messing admitted that due to her svelte figure, she ended up becoming sick. 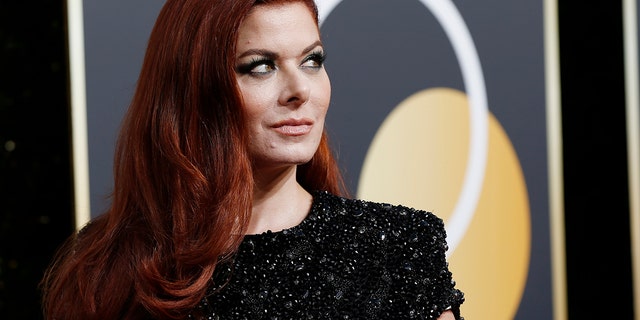 “My body just could not hold out. My adrenals crashed, I was exhausted and it just became clear to me that I couldn’t be healthy and a size 2 at the same time,” she noted.