Voters back the use of vaccine passports and overwhelmingly support compulsory jabs for critical key workers, an exclusive Mail on Sunday poll has found.

The survey also revealed widespread concerns over the low take-up of the vaccine among some ethnic-minority groups.

The Deltapoll research found that 54 per cent of people support the use of some form of identification document to show that the holder has antibodies to Covid-19 – either from the vaccine or having contracted the virus – as a condition of entry to venues such as restaurants or public transport.

The idea is opposed by 30 per cent, a fall from the 39 per cent who objected just a month ago. 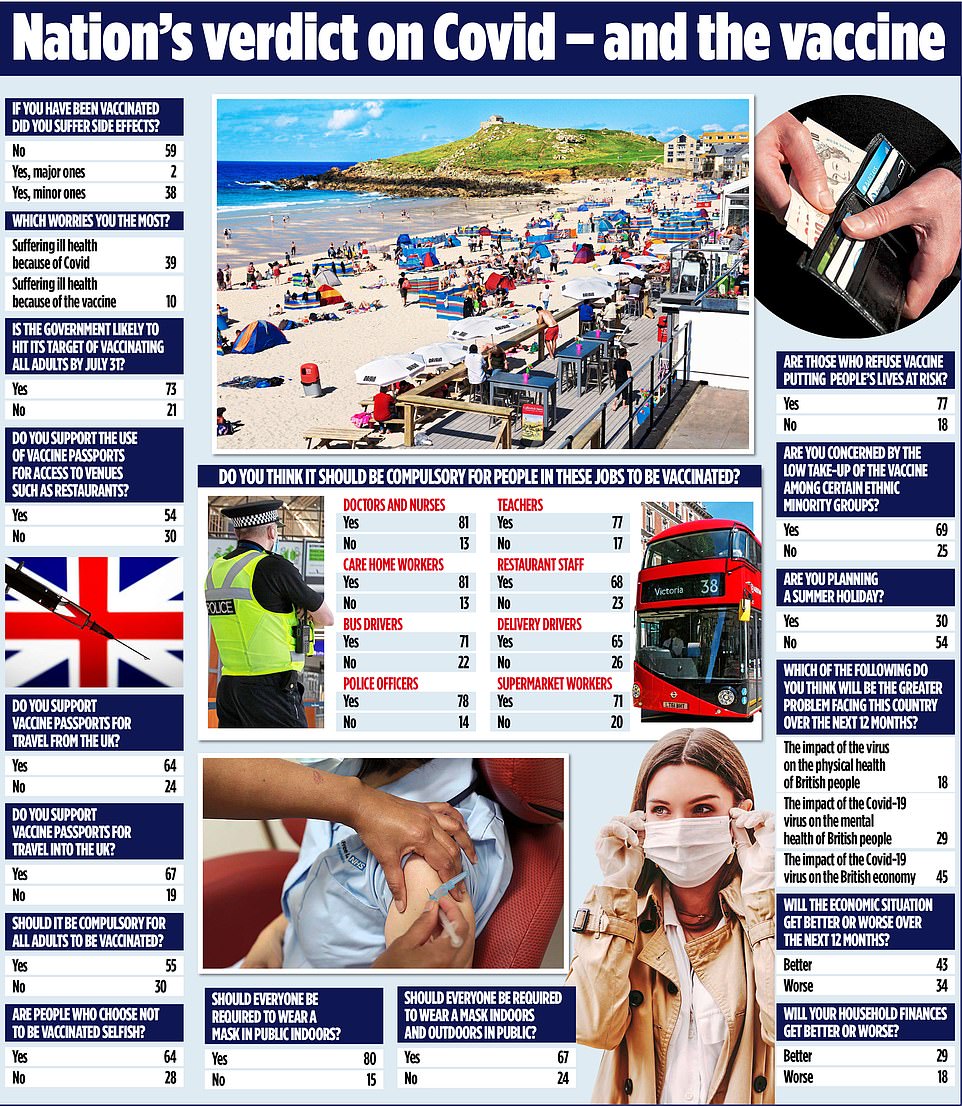 Meanwhile, three-quarters said they would be very comfortable having to prove they had been vaccinated before being allowed in certain public places. Only one in 12 is very uncomfortable with the idea.

There is even greater support for the use of vaccine passports for international travel, with 64 per cent supporting them to leave the UK and 67 per cent to enter the country.

The survey reflects anecdotal evidence that the vaccine produces discernible side effects in many people, but usually only mild ones: 40 per cent of those who have had the jab said they had experienced effects, but only two per cent had ‘major’ reactions. 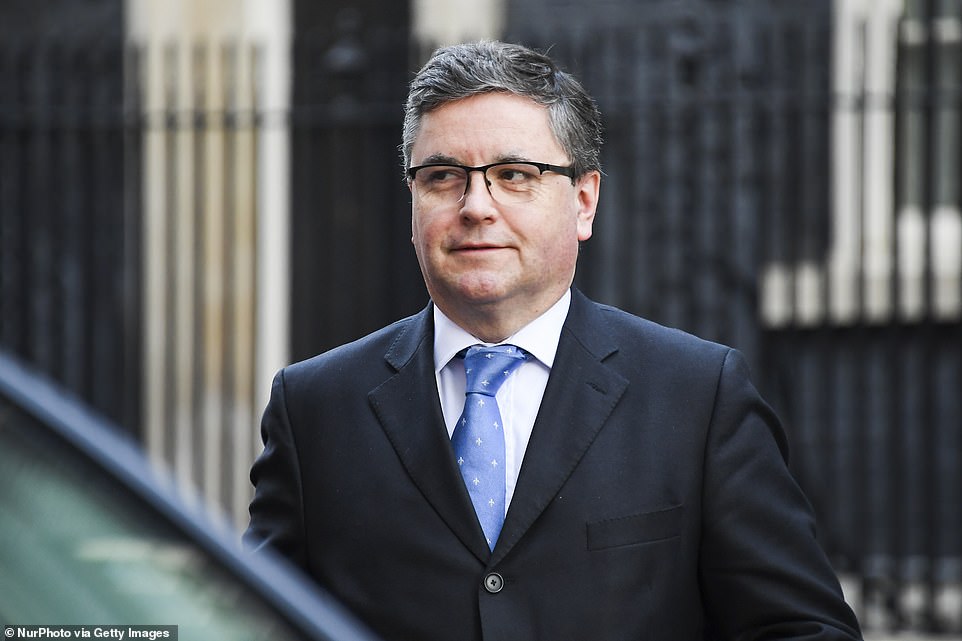 Justice Secretary Robert Buckland is supporting the move in care homes as there was an ‘obvious rationale’ for the policy, particularly given nearly half of staff have not been vaccinated

The proportion of people who believe the vaccine is safe has increased from 68 per cent in November when the first inoculations were announced to 78 per cent now.

Boris Johnson is under fresh pressure to introduce vaccine passports in the UK after one British outpost unveiled plans to use them for sporting events.

Gibraltar is looking at requiring spectators to produce a vaccine proof card, which its director of public health says could be used together with a Covid test on the day of the Gibraltar versus Netherlands World Cup qualifier on March 30.

Cabinet Office Minister Michael Gove is already reviewing the potential use of Covid passports for travel abroad and to access to services in the UK. But more than 200,000 have now signed a petition against the idea and yesterday Liberal Democrat leader Sir Ed Davey wrote to the Prime Minister to tell him to ‘drop this idea now’.

He said: ‘We believe that a vaccine passport would create an unfair two-tier society. People who have not been vaccinated would become second-class citizens and this is intolerable and unjustifiable.’

A majority of people think that it should be compulsory for all adults to be vaccinated (55 per cent against 30 per cent) while 64 per cent echo the Queen’s words in arguing that people who choose not to have the jab are ‘selfish’. A total of 77 per cent say those people are putting the wider population at risk.

The low take-up of the vaccine among certain ethnic-minority groups is a concern for 69 per cent, with just 25 per cent disagreeing.

The public have largely made up their minds where they stand on the need for key workers to be compelled to take the vaccine: an overwhelming 81 per cent think it should be compulsory for doctors, nurses and care home workers to have it.

Justice Secretary Robert Buckland is supporting the move in care homes after figures showed that nearly one in three staff there have not been vaccinated.

Mr Buckland said there was an ‘obvious rationale’ for the policy, particularly given that in some areas, such as London, nearly half of staff have not been vaccinated.

He said: ‘In a care home, in a closed environment where there are vulnerable residents, I would argue there does seem to be an obvious rationale.’

However, he added that a certificate scheme would ‘depend very much on each setting and the particular context’, in accordance with the ‘fundamental fact that vaccines are not compulsory here in the UK’.

In terms of their attitude to the future, people are generally adopting a stance of cautious optimism.

While 29 per cent think their household finances will improve over the next year, 18 per cent say they will deteriorate.

And most people have ruled out the idea of a summer holiday: only 30 per cent say they are planning one, while 54 per cent are not bothering until the shape of future social-distancing restrictions becomes clearer.

Fear of the pandemic is also moderating – the 84 per cent who described themselves last month as worried has dropped to 77 per cent.

Deltapoll interviewed 1,527 British adults online between February 24 and 26. The data has been weighted to represent the whole population.