Newfoundland and Labrador’s vaccination process remains on track according to the health minister.

At yesterday’s COVID-19 update it was announced that the pre-registration process is being opened up to three more priority groups: Indigenous adults, healthcare workers not vaccinated in Phase 1, and pharmacists and physicians.

Further to that, Dr. John Haggie says the province is still on track to meet the target dates they have set.

They plan to have 80,000 doses administered by next Friday, and Haggie says the province still is on track to have first doses in the arms of everyone who wants it by Canada Day.

Over 55,000 doses of vaccine have been administered in Newfoundland and Labrador to-date, representing a vaccination rate of just over 10 per cent of the province’s overall population of 521,000. 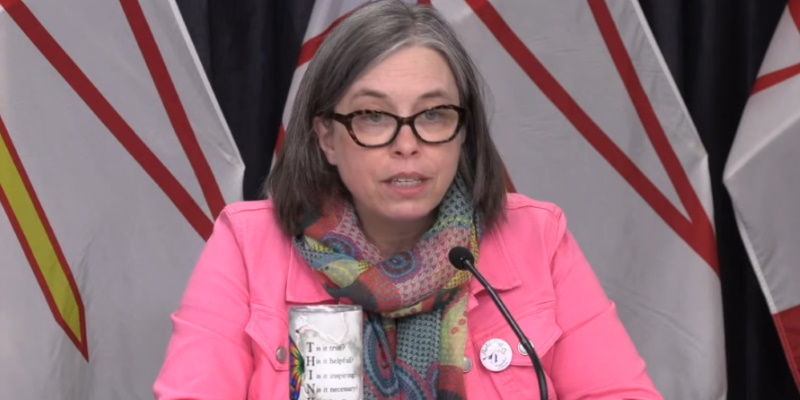 The priority groups within Phase 2 of the province’s vaccine rollout plan will be identified and updated as more doses of the Astra Zeneca vaccine become available.

Dr. Janice Fitzgerald says groups who are appropriate to receive the Astra Zeneca vaccine will get it as it arrives.

A “modest number” of people who are receiving their appointments via email are finding that communication in their spam folders, says Haggie. He is encouraging people to check their spam and junk folders for the emails to avoid people thinking that they haven’t been given appointments.