U.S. officials are looking to open travel between New York City and London with shortened traveler quarantine periods as soon as the holidays, according to a report by the Wall Street Journal.

Sources familiar with the matter told the outlet that the growing availability of COVID-19 testing has prompted officials in the Transportation Department, Department of Homeland Security and other agencies to revive efforts to establish safe travel corridors between the United States and international destinations. 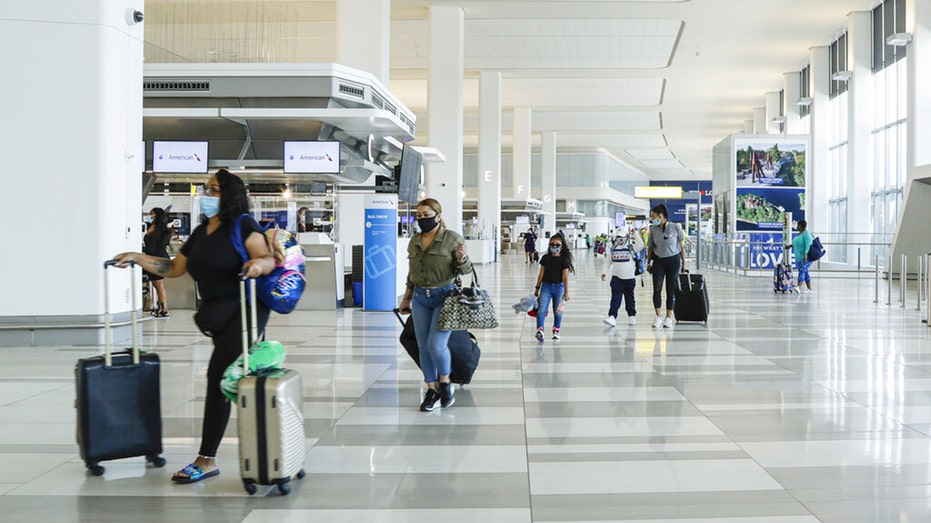 The plan would require travelers to be tested both before their flight and again upon arrival, allowing them to avoid lengthy quarantine periods.

COLORADO TOWN TO PAY VISITORS $100 TO TRAVEL THERE

One U.S. official familiar with the situation told the Journal that both the Trump administration and foreign governments would have to agree to the plan. A DHS official reportedly said the agency’s work to “safely encourage trans-Atlantic travel while mitigating public-health risks” was in its early stages.

Recent discussions have reportedly focused on an initial corridor with the U.K., with discussions also involving German officials.

While the White House’s National Security Council has reportedly approved the corridor plan to move forward in recent weeks, both U.S. government and aviation officials involved in the planning told the Journal that the country’s high infection rates have been an obstacle in negotiations with foreign leaders to ease travel restrictions, even despite increased testing capabilities.

In the United States, there are more than 7.7 million coronavirus cases and more than 214,000 related deaths as of Sunday morning, according to the latest update by Johns Hopkins University.

A Transportation Department spokesman told FOX Business the agency is ready to support the effort and that talks with international and industry counterparts are ongoing.

The Department of Homeland Security and the National Security Council did not immediately return FOX Business’ requests for comment.

Currently, American citizens traveling to the U.K. must quarantine for 14 days and are mostly barred from traveling in the European Union. Meanwhile, the U.S. prohibits entry to travelers from the U.K. and Europe unless they are U.S. citizens or permanent residents.