Six TTC buses, which have been retrofitted to create mobile COVID-19 testing sites, will roll out this week, heading first to the Rexdale area in Etobicoke, Mayor John Tory said on Wednesday.

The news came as the city reported 553 new cases of COVID-19 — a number Chief Medical Officer Eileen de Villa said was evidence the virus continues to “spread widely” in the city.

“Case counts in the mid-500s or into the 600s are in no way a good thing,” said de Villa, who pointed out Toronto is now just over two weeks into its 28-day lockdown.

Twelve more COVID-19 related deaths were also reported on Wednesday, and the city’s seven-day case average is sitting at 512.

The new buses will bring testing to the doorstep of people in the city’s hard-hit areas, said Toronto Paramedic Services Supt. Kyle MacCallum.

“The buses are being used in areas where we don’t have indoor clinic space,” he told CBC Toronto.

MacCallum says the set up on board the buses is simple — the regular seats are gone, replaced by some basic equipment and enough space to safely distance. 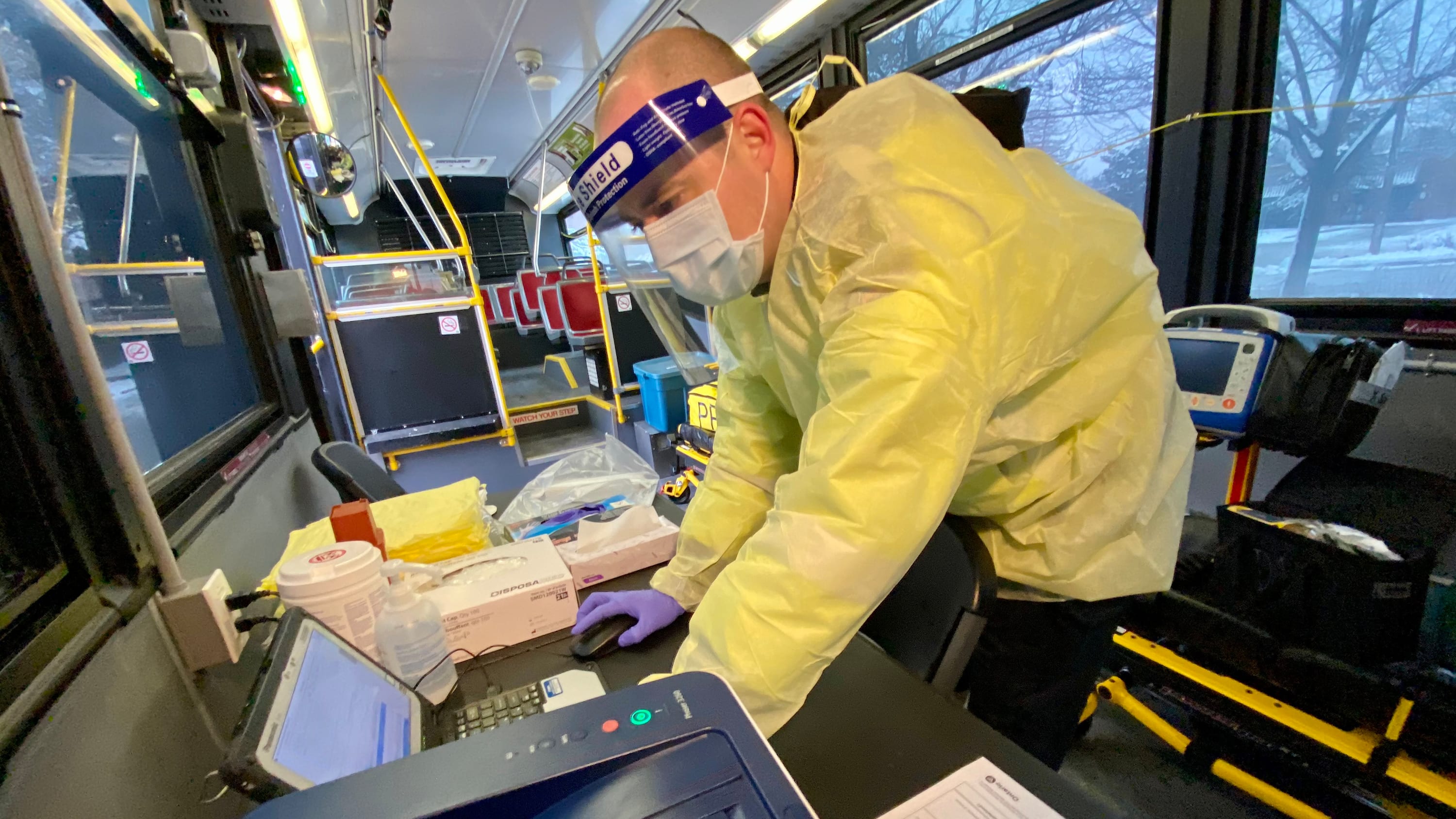 Six decommissioned TTC buses, which have been retrofitted to create mobile COVID-19 testing sites, will roll out this week. The idea is to bring testing to the doorstep of people in the city’s hard-hit areas. Here’s what they look like inside. 1:27

The buses have also already gone out on a few trial runs in the late summer and early fall.

The TTC’s Stuart Green says the six buses being used had already been decommissioned when they were retrofitted to be testing sites, and aren’t coming from available bus service.

That will be good news for Torontonians who still use TTC buses to commute, who have complained about crowding on the network’s busiest routes.

At Wednesday’s news conference, Tory detailed steps the city is taking to ease that crowding, including retraining streetcar and subway operators to drive buses, and more critically, adding extra buses to the busiest routes.

The TTC also revealed that this year it will not offer the usual night of free transit service on New Year’s Eve.

“Given current restrictions, partying is not an appropriate thing to encourage,” Green wrote on Twitter.

“You are not alone if you are feeling these feelings of anxiety and stress,” Tory said at the city’s daily COVID-19 briefing.

Tory said more than 88,000 Torontonians have reached out to the city’s partner organizations for mental health support so far.

He also announced extra supports for front-line workers, who are encouraged to call 211 to be connected with specialized counsellors.

De Villa also fielded questions about holiday plans, imploring people to celebrate within their own households and discouraging any kind of 14-day quarantine ahead of Christmas except in specific cases, like students returning home from university.

“It’s hard to break with tradition even once. But the best and safest decision for those we love is to break it … just this once,” she said.