SNC-Lavalin told the city in January that its work on extending the Trillium Line was almost four months behind schedule, which — if not rectified — means the rail expansion likely wouldn’t be complete until early 2023, CBC News has learned.

This week, senior managers with the city’s rail office have indicated that the contractor on the $1.6-billion Trillium Line project has been experiencing schedule “challenges” and “pressures,” adding that the city is working with the company to try to fix the issues.

But neither Michael Morgan, the city’s rail director, nor John Manconi, the city’s general manager of transportation, have publicly described the scope of SNC-Lavalin’s reported delays, despite knowing about them since January.

In a 500-plus page schedule update report to the city dated Jan. 15, 2021, SNC-Lavalin stated that “the analysis indicates 116 days of delay” to the scheduled substantial completion date.

According to the city’s contract with TransitNEXT, a subsidiary of SNC-Lavalin, the Trillium Line is supposed to reach substantial completion on Aug. 10, 2022. The city would still require more time before opening the system to the public, but it was always expected that the the Trillium Line, which serves Carleton University, would be operating in time for the start of the school year.

Based solely on the contractor’s current predictions, the rail line wouldn’t be open until the start of 2023.

The Trillium Line project is not officially delayed at this point.

No LRT2 update for months

Until this week, there has not been an official update on the O-Train extension program in almost four months. The last report was the third-quarter update that was released electronically in November 2020.

An update to the December meeting of council’s finance and economic development committee was withdrawn. Nor was there any update to the committee at its next meeting in February, although the city’s rail office would have been in receipt of SNC-Lavalin’s updated schedule.

The first update of the LRT situation was Monday of this week. In a memo to councillors, Morgan wrote: “The Trillium Line team has indicated schedule impacts which are now under review. The City is working with TransitNEXT to confirm whether the delays will be fully realized and to confirm if the delays can be reasonably mitigated. The handover of the system is still scheduled for 2022.”

In the same memo, Morgan indicated that the East-West Connectors — the consortium building extending the Confederation Line — has had “schedule pressures,” but that they have been “resolved.”

According to the contract, the scheduled substantial completion date for the eastern extension of the Confederation Line is Nov. 26, 2024 and for the western extension, May 25, 2025.

It wasn’t until Tuesday at almost 10 p.m. that Morgan gave councillors an in-person update on the LRT Phase 2 progress. It followed an 11-hour joint-meeting of the finance and community and protective services committees.

The first item at the FEDco meeting — chaired by Mayor Jim Watson — was an in-camera session to hear an update on the city’s ongoing legal dispute with the contractor of the first phase of the Confederation Line. 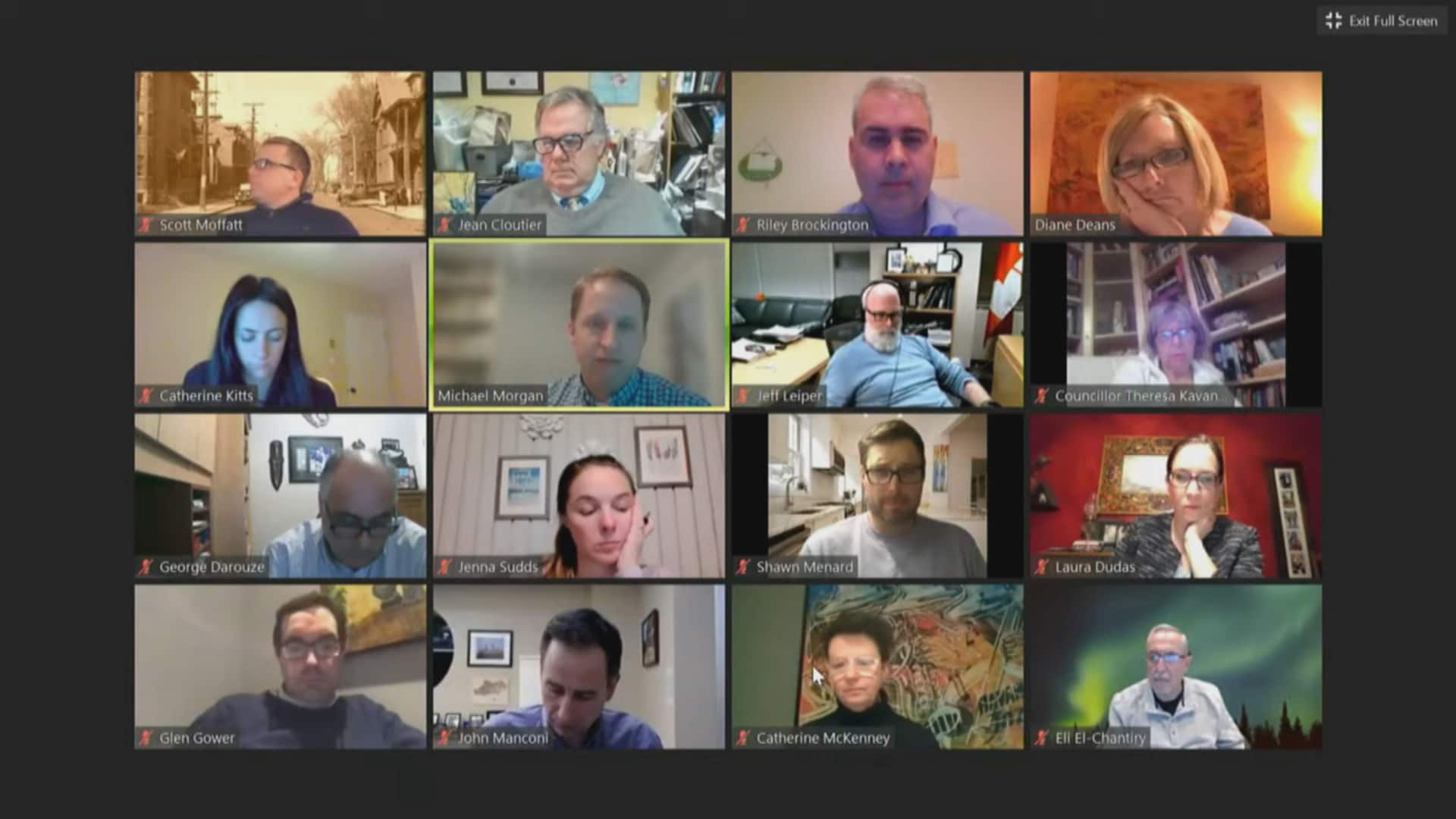 Michael Morgan, rail director with the City of Ottawa, says SNC-Lavalin previously disclosed delays to the Trillium Line extension, though city officials are conducting an “independent review” of how long the delays might be. 0:46

Morgan told councillors that the city doesn’t just accept SNC-Lavalin’s timeline, and has its own scheduling experts studying the projections.

The city’s believes the project could be behind as little as 40 days but, said Morgan, that analysis has “many qualifications and assumptions.” He said he’d provide an update to the construction schedule in a month or two.

Mayor Watson asked whether the section between Bayview to South Keys stations could operate before the entire line was open if the Trillium Line was delayed for “legitimate reasons.”

“We haven’t contemplated it at this point,” said Morgan, adding his team would look into the possibility.

In a statement emailed to CBC, a spokesperson for SNC-Lavalin said the Trillium Line expansion project was deemed an essential service during the pandemic.

“The impacts related to manufacturing and the supply chain have been significant for our project as well as construction projects across the province,” they said.

The company will try to mitigate schedule delays wherever it can, according to the email.