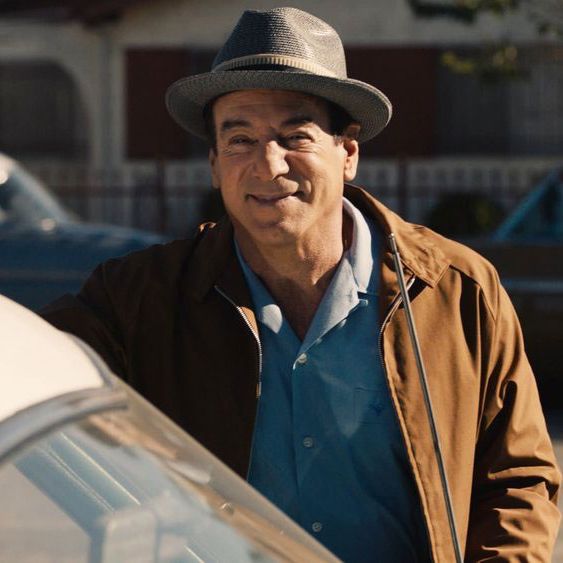 The last time we convened for our scheduled Pearson Family Sadness Hour, we were focused on a mother’s influence over her son, as Randall finally learned the story of his birth mother Laurel. Sure, on the surface he had mostly written her off, but it became clear this season that the spectre of Laurel looms large in Randall’s life, first as a mystery he wanted solved and now as a person he could feel connected to. Randall’s birth mother is a part of him. In “There” This Is Us moves on to the bonds between fathers and sons.

Listen, the idea that the Pearson children are deeply influenced by their dead dad is not something new. This show could be titled Daddy Issues and we’d all be like “yes, mmhmm, that is accurate.” The power that Jack Pearson, the man, the myth, the legend, has over his kids is well-mined territory. This is especially true for Kevin: Remember season one’s “Jack Pearson’s Son” in which Kevin, channeling his father, ditches his Back of An Egg premiere to cradle Randall as he has a breakdown? Kevin’s actions in that episode were really just the beginning of him living his life under a What Would Jack Pearson Do? mandate. In “There” we see how keeping Jack’s voice in his head has changed Kevin, forced him to reprioritize his life, and how it might just have some long-lasting repercussions.

It makes sense that Kevin’s thinking about his relationship with Jack more these days — he’s about to become a father. Yep, Madison’s in labor six weeks ahead of her due date and Kevin’s up in Vancouver about to shoot his big scene with [checks notes] Robert De Niro. It’s Kevin’s dream come true… until he gets Madison’s phone call and hears how scared she sounds. It doesn’t take long for Kevin to realize that maybe his dream has become something different. Before he left for Vancouver, Madison told him to figure out how he wanted to be a part of their family. The speed with which Kevin decides to walk off set and get to his fiancée and kids seems to point to Kevin making the decision that his family will always come before his career. He doubles down on that decision during his race to get to Los Angeles when first he blows off his agent, who is calling to see if Kevin actually walked out on De Niro, and then even more so when our favorite pretentious indie director Foster calls to ask Kevin to come back to set and Kevin proceeds to tell him that no one cares about his dumb movie. Kevin quits.

Before we can guess as to what Kevin’s future will look like after possibly blowing up his entire career, we first have to see if he makes it to the birth of his children on time. Kevin’s decision to walk off set might be easy, but the rest of his journey is most definitely not. It takes a little while, but thanks to an assist from Miguel, Kevin gets a ticket on a flight from Seattle to Los Angeles that takes off in two hours. He’s about an hour outside of Seattle. He can do this.

Then the perfect storm of bad shit happens: It’s late, he’s driving in a remote area where he has no cell service, and he comes upon a car that has crashed off the side of the road. The car is on fire. Kevin goes down there and pulls the guy out of the wreckage, uses his jacket for a tourniquet to stop the bleeding from the guy’s leg, and loses his wallet in the woods in the process. That will definitely be a problem when Kevin shows up at the airport.

Since Kevin can’t call an ambulance, he gets the guy in the car and drives him to the closest hospital. He’s cutting it close for his flight, but he still! has! time! On the way there, Kevin definitely doesn’t want a dead body on his hands, so he’s trying to make sure the guy stays awake. It’s very on brand that when Kevin says they need to keep talking, he mostly just launches into a whole thing about how he can’t believe he’s going to miss the most important day of his childrens’ lives and that his dad was the best dad instead of, you know, asking the nearly dying guy anything about himself. So this dude is bleeding out and has to comfort Kevin by telling him that he has three teenagers and the day they were born is most definitely not the most important day of their lives. This man!

By now, the guy has realized that he’s been rescued by The Actor Kevin Pearson and assures him not to worry because he’s rich and famous and his kids will idolize him no matter what. But Kevin’s not into that. Jack wasn’t rich or famous; Kevin loved his dad because he was always there for him. “My dad was the most ‘there’ person that ever lived,” he says. And it’s not just a line from Kevin: Throughout the whole episode, we’ve been watching a story from the early ’90s that shows us exactly this.

The ’90s storyline picks up as Jack and Young Kevin are headed to a weekend quarterback camp for 7th and 8th graders. Kevin’s just overheard his parents talking about how miserable he is playing football and Jack telling Rebecca that her allowing Kevin to give up when things get hard have made him soft. Once the guys make it to the hotel, Kevin is so worried about disappointing his dad that he gets sick over it. When Jack finally gets his son to talk to him, he reveals two things: First, that Kevin thinks that Jack thinks football is the only thing Kevin has that makes him special and it’s the only reason Jack came with him to the camp. Second, that Kevin’s coach is extra-hard on him and repeatedly call him stupid. Neither of these things sit well with Jack and he takes Kevin out to dinner to figure out how to fix things.

The coach aspect of it has a quick solution: When Jack runs into Kevin’s coach in the restaurant bathroom he makes it very clear that if he ever hears the coach calling his son stupid, there will be a problem. Jack punctuates the conversation by handing the coach a paper towel to help him dry his hands. A very baller move.

Kevin’s other problem — feelings of intense pressure and inadequacy — requires a softer touch. Hearing how Kevin feels breaks Jack’s heart because he’s been through it. When he was in little league, his dad turned something Jack loved into a nightmare by getting drunk at his games and berating him if he played poorly (we see an example of one of these games and Jack’s complicated ride home in the episode’s C-plot). Jack swore he’d never do that to his own kids, but now he feels like he’s just like Stanley. He tells Kevin all of this at dinner, but even Little Kevin is mature enough to realize that Jack is nothing like his father, he’s much, much better — and tells him as much.

But aside from this conversation showing us how proud Jack was to be Kevin’s dad and how much Kevin looked up to Jack (and aside from Jack assuring Kevin that football is not all he has, advice that may be applicable if Kevin really does need to move on from acting), it also drives home one of the show’s main themes about parents and children. Jack tells Kevin that maybe what makes “parents loom so large in our heads is they’re a million things to us all at once” and that “even after they’re long gone, we’re stuck with them, we can’t help it, they’re inside of us.” Jack might mean that he inherited some of his father’s less-than-stellar traits, but for Kevin it means much more than that: Yes, he comes from a long line of addicts, but Kevin’s also inherited the best parts of Jack. He’s a better person because he constantly hears his dad’s voice in his head. It’s why he helped that guy on the side of the road and it’s why he so desperately wants to show up for his kids.

And it’s definitely why when he finally gets to the airport and realizes he doesn’t have his I.D. that he begs the TSA Agent to figure out a way to get him on the plane. Not being there for the birth, “it will break me,” he tells her. Okay, that’s a lot to put on this woman just doing her job and minding her own business. Will she be swayed by the Pearson drama of it all? Time will tell!

• The episode ends with Randall and Beth calling Madison during their drive back from New Orleans to check on her. Hearing how upset she is to be alone, Randall offers to stay on the phone with her for as long as she needs. “You’re family,” he tells her. It brings tears to my eyes just thinking about it. Did you ever imagine we’d be here with Madison? Madison!

• Car Accident Guy (was he ever named? Did I block this out?) is played by Joshua Malina (Scandal, The West Wing, so many things!), so we have to assume he’ll be back in some way, right? At the very least we deserve an update on his health status.

• The Jack/Kevin soda straw bit thawed out my cold, dead heart! Kevin loves his dad so much! Please just let him start Big Three Homes Construction now so we can all feel warm and fuzzy inside!

• Whoa, whoa, whoa. Kate and Toby’s baby is about to be born! We get a quick call between Kevin and Kate and learn that KaToby is headed to the hospital because Ellie is going to be induced! It’s all happening so fast! Is there any way both of these birth stories go well?

Keep up with all the drama of your favorite shows!

By submitting your email, you agree to our Terms and Privacy Notice and to receive email correspondence from us.