The Weeknd‘s Super Bowl halftime show has already had an impact on the internet — but perhaps not the kind that the singer-songwriter would have hoped for.

The star’s pricey performance featured a sequence in which he appeared to get lost in a labyrinth-like maze of lights and dancers in the stands of Raymond James Stadium in Tampa, Fla.

While the moment was likely part of the show’s shtick and The Weeknd was probably not lost — he did find his way out to perform on the football field after all — it wasn’t long until viewers were inspired to churn out jokes about the performance.

“6 year old me looking for my mom after I lost her in the mall,” wrote a Twitter user alongside a video of The Weeknd frantically looking around as he speeds through the maze.

“When you lost in the club,” said another, sharing the same clip. 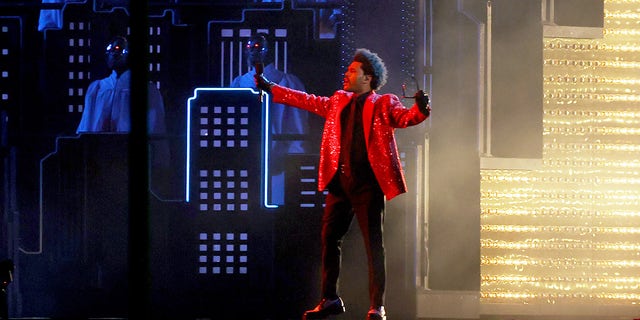 The Weeknd’s performance featuring a sequence in a brightly-lit maze has been turned into a mem online. (Photo by Kevin C. Cox/Getty Images)
(Getty Images)

Poking fun at the slow COVID-19 vaccine rollout, another added: “Me trying to find a vaccine site with extra shots about to go to waste.”

“When everyone is tweeting a version of a meme and you try to figure out what the reference is,” joked yet another.

The performance as a whole left viewers feeling underwhelmed, especially considering the sky-high expectations brought about by sponsor Pepsi’s lack of advertising and The Weeknd’s own financial contribution.

“That was terrible. I mean the sound mix, the choreography, the concept, the masks … ridiculously bad #HalfTimeShow,” another wrote. 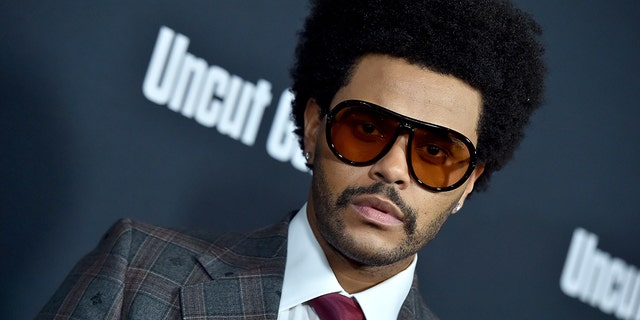 The Weeknd contributed $7 million of his own money to the budget for his Super Bowl halftime show. (Photo by Axelle/Bauer-Griffin/FilmMagic)

“Probably the worst and most boring #HalfTimeShow to date…. where is my #ladygaga or #Shakira at?” someone else asked, referencing the two past Halftime Show performers.

“I find #TheWeeknd such a creative artist but this was not it Yawning face #HalfTimeShow,” one viewer wrote.

“I love @theweeknd , but that could have been better. His music choice was great, but overall, for a half time show, IT COULD HAVE BEEN BETTER,” wrote another.