“Saturday Night Live” this weekend did several sketches on the coronavirus, including one about last week’s Staten Island, N.Y., demonstration following the arrest of a bar owner who allegedly defied government restrictions on indoor dining.

Cast member Pete Davidson, a native of Staten Island, said the bar in question, Mac’s Public House, is in an area of New York City with the second-highest number of confirmed cases of the virus — and restaurants there are allowed to serve food only outdoors.

“The owner said no one wants to do that ’cause they’ll go out of business,” Davidson said, “but the argument that people in Staten Island don’t want to drink outside can be disproven by going to literally any Little League game.”

The protesters made everyone in Staten Island “look like babies,” he added. 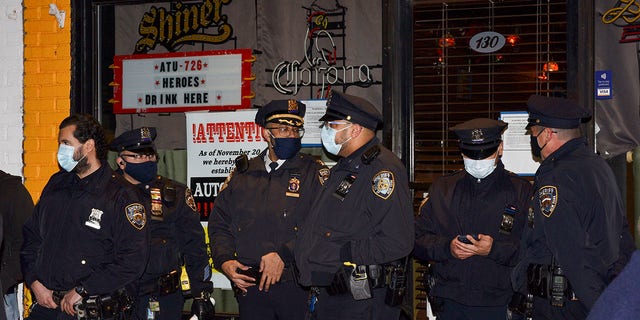 “You know it’s bad when people in Boston are like, ‘Ahh, drink at home, you queers!’” he joked.

Davidson added that because of the protest, he’s “no longer the first thing people think of when they say, ‘What’s the worst thing about Staten Island?’”

Bar co-owner Danny Presti told “Fox & Friends” after his arrest, “We are losing faith, and kind of lost faith in the ability for our local and city governments to help us.” But, he said he won’t stop fighting to save his business.

“We just need in some way to either be assisted or to get our places open and these state agencies and city agencies that come in and threaten to fine us or pull our licenses every single day, it’s not right,” Presti said.

“SNL” did several other sketches related to the virus.

One Christmas sketch imagined how shopping-mall Santas would be able to get safely through the season – by being inside a plastic bubble.

“Santa’s social distancing Santa’s Village” also had Jingle Bells the “virtual contactless elf” who offers hand sanitizer from inside a hole in his stomach.

Host Jason Bateman as Santa and cast member Cecily Strong as Mrs. Claus fail to secure their base inside their plastic bubbles though and roll away repeatedly. 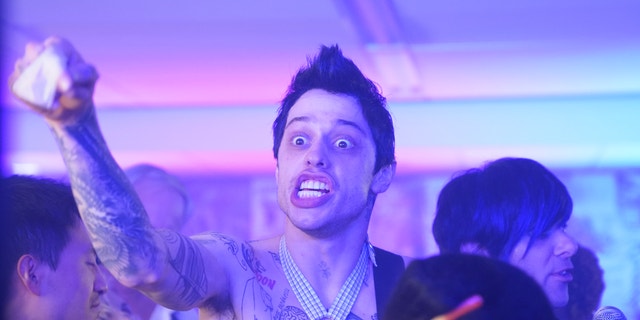 Another sketch highlighted the awkwardness and guilt engendered when a daughter tells her mother she won’t be able to come home for the holidays because of the risks due to the virus.

“You do not need to come home for Christmas, OK? I just want you to be safe,” one mom, played by cast member Heidi Gardner, tells her daughter via FaceTime. “I guess since you won’t be coming, I’ll just throw your stocking on the fire.”

Earlier, during the “Weekend Update” segment, co-anchor Michael Che joked that while the Centers for Disease Control and Prevention recommended the first people to receive the COVID-19 vaccine should be health care workers and nursing home residents, “the first people to actually receive it will be guests of Colin [Jost] and Scarlett’s [Johansson] holiday yacht party.”

Che often teases co-anchor Jost for being a Hollywood elite since he married the A-list actress.

“I’ve got mixed feelings on this vaccine,” he continued. “On one hand, I’m Black, so naturally I don’t trust it, but on the other hand I’m on a White TV show so I might actually get the real one.”

Fewer than half of African-American adults said they feel good about getting the vaccine when it becomes available, which is partially related to a history of racial medical experimentation on the part of the government, according to a survey by the COVID Collaborative, NBC News reported.