The publication noted that
Reynolds was criticized as hypocritical in 2018 after he tweeted his support of the blockbuster film “Black Panther,” which has been hailed for its Black cast and representation in the superhero movie genre.

Reynolds told Fast Company that having their wedding at Boone Hall, a former plantation in South Carolina, is “something we’ll always be deeply and unreservedly sorry for.”

“It’s impossible to reconcile,” he said. “What we saw at the time was a wedding venue on Pinterest. What we saw after was a place built upon devastating tragedy.” 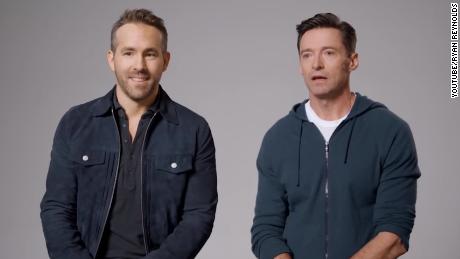 Making such a mistake, he said, can “cause you to shut down or it can re-frame things and move you into action.”

Taking action is exactly what the couple has done.

According to Fast Company, Reynolds is reluctant to talk about their social justice support “in part because he worries that white celebrities too often drown out non-white voices, even if that’s not their intention.”

But he is more willing to discuss how his production company and marketing agency, Maximum Effort, is doing its part through diversity hiring and providing employees with equity in the company.

“Representation and diversity need to be completely immersive,” Reynolds said. “Like, it needs to be embedded at the root of storytelling, and that’s in both marketing and Hollywood. When you add perspective and insight that isn’t your own, you grow. And you grow your company, too.”