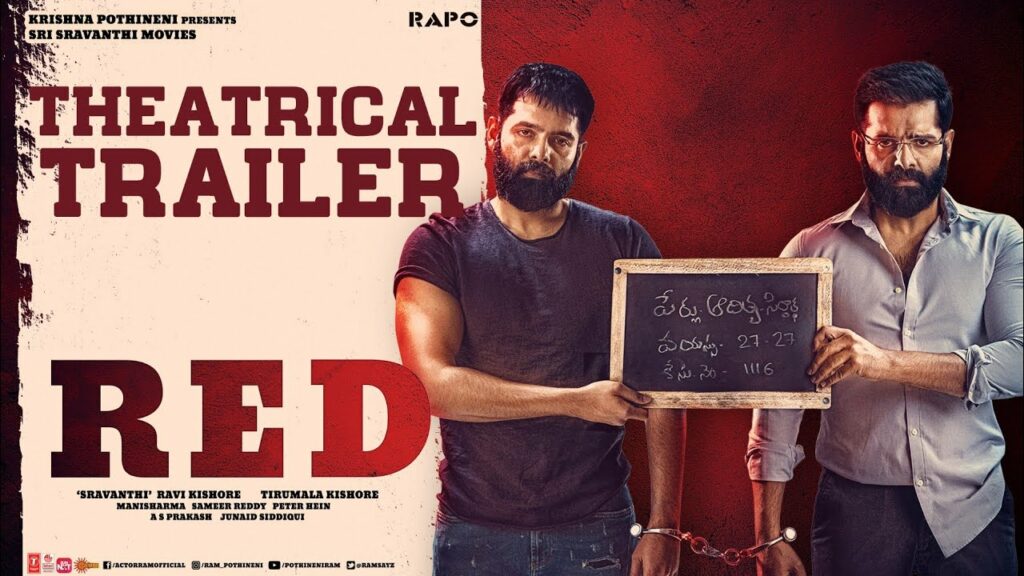 Ram Pothineni, who appeased masses with iSmart Shankar last year, has opted for a whodunit thriller where he gets to portray a dual role with complexities.

Ram is seen as a well-read, rich businessman in a role and he dons ultra mass avatar in another. He strikes perfect balance in both the roles. The life of one puts the other at risk. The flow of events that occur in one’s life affects the other. This is where the film scores. The suspense factor seems to be well maintained.

An investigative crime thriller, Nivetha Pethuraj is seen as a cop who deals with the murder mystery. Who is the real murderer and what is the motive behind the murder forms the crux of the story. The unexpected turn of events impact the love life of the businessman and Malvika is his love interest.

Mani Sharma’s music is engaging. On the whole, the trailer promises to be an engaging, taut thriller. It indicates that the makers have opted for an honest remake of Thadam without any deviations. If all goes well, Red will hit the theatres the coming Sankranthi.