Amid increasing cost projections for the proposed Yonge-North Subway Extension (YNSE), Ontario has revamped its plans for the new stretch of subway to include fewer stations as well as an altered route, part of which will be above ground.

The analysis shows that if the six-station plan were to go ahead as planned, the price of the project would reach $9.3 billion, as estimated by the TTC in 2019. The province’s provisional budget is $5.6 billion.

To stay within that funding envelope, Metrolinx says it has scaled back its plans and is pursuing just three stations in its preferred option outlined in the business case.

The stations include one at Yonge Street and Steeles Avenue, another — previously referred to as Langstaff, now tentatively called Bridge Station  — between Highway 7 and Highway 407, and a third at High Tech Road.

Phil Verster, CEO of Metrolinx, said a fourth “neighbourhood” station can be constructed within the provincial budget — at a cost of $400 to $500 million — but the location hasn’t yet been decided.

It will, however, be one of the three stations that were part of the original plan for the extension, which included stations at Cummer Avenue, Clark Avenue and Royal Orchard Boulevard, Verster said.

Markham Mayor Frank Scarpitti, also the chair of the York Region Rapid Transit Corporation, said he is concerned about the potential loss of two stations in his region.

“My focus continues to be on securing a federal commitment for the subway extension and working with the province and Metrolinx to build stations at Clark and Royal Orchard,” he said in a statement on Thursday. 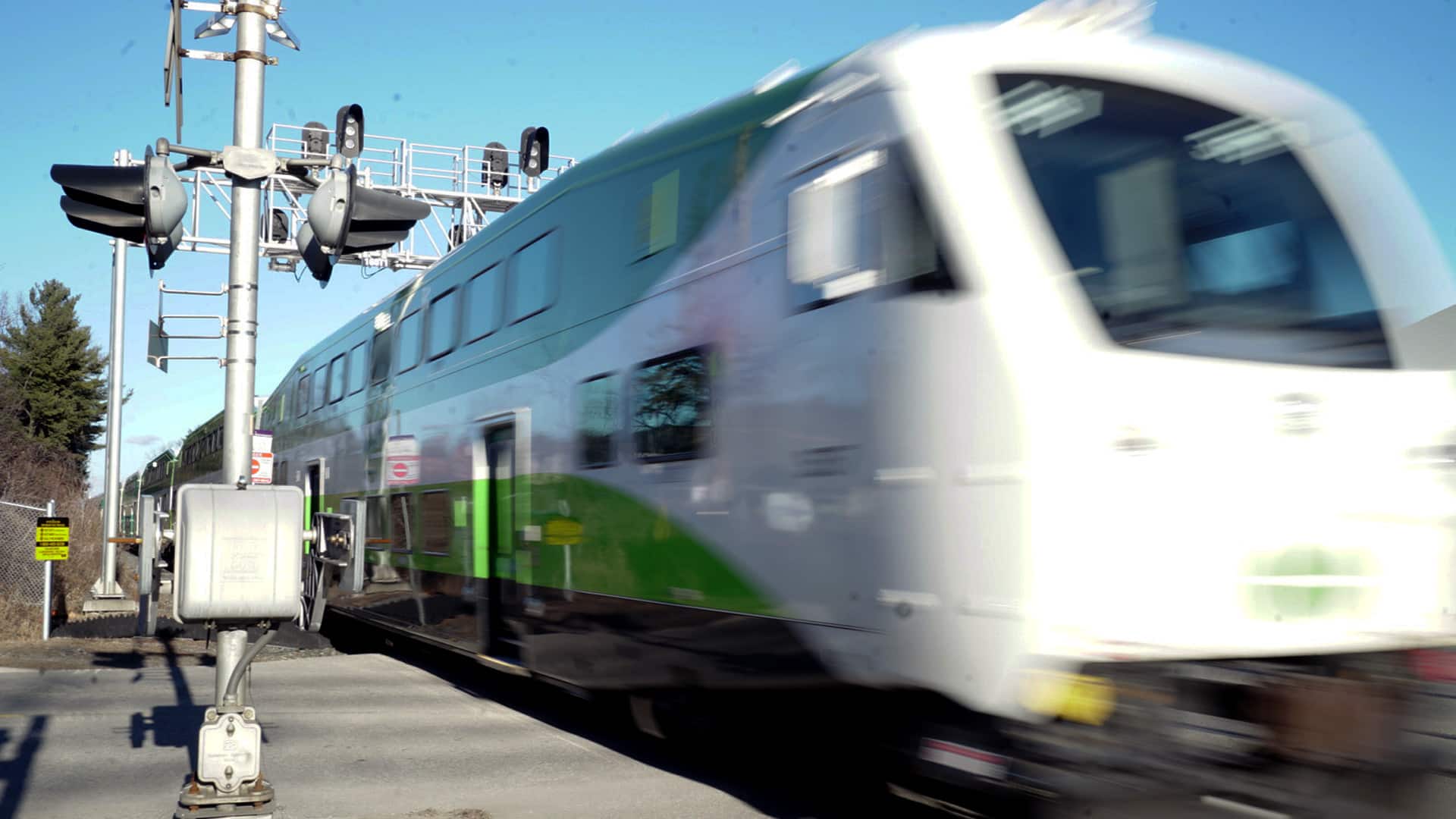 Change of plans for the Yonge North Subway extension, Metrolinx confirms. As Greg Ross reports, the new line intended to run from Finch Station up to High Tech road in Richmond Hill, will now have fewer stops and an altered route. 2:06

The changes could mean longer commutes for some riders, who will have to transfer to other forms of transportation.

Scarpitti added that the extension to York Region will meet current travel demands and provide greater access to other rapid transit lines.

“We need to advance this project and get shovels in the ground,” he said.

He added that Metrolinx must address some concerns on the impacts to existing communities, which the agency said it will do in a public consultation process with communities.

Meanwhile, one of the more noticeable and innovative changes, according to Metrolinx, is how the line will be rerouted off of Yonge Street and onto the existing CN railway corridor in the northern part of the extension.

According to the business case, this means that the station at Steeles Avenue would be underground, while the other two would be above ground, similar to what was proposed with the Ontario Line through Leslieville and Riverside, despite opposition from many in the community.

Verster says the move would open the door for further development, saying the agency is “creating sort of a good connection point to extend this railway in the future.”

The transit agency said its proposed extension route would still attract 94,100 daily riders, as was outlined in its original plan, and put 26,000 more people within a 10-minute walk to a station. The plans will also reduce commute times downtown by 22 minutes on average, according to the analysis.

In a statement on Thursday, the Ford government said the business case “shows that the extension would strengthen connections to jobs and housing, take thousands of cars off our roads and provide more people with access to transit.”

The YNSE was part of Ontario Premier Doug Ford’s much-touted $28.5-billion plan for new transit infrastructure in the Greater Toronto Area in 2019, including the Scarborough Line 2 subway extension, the new Ontario Line, and the westward extension to the Eglinton Crosstown West.

The province has committed to spending $11.5 billion — more than one-third of the total cost — on the projects.

In a statement on Thursday, Associate Minister of Transportation for the GTA Kinga Surma said the province continues to call on the federal government  “to commit to paying their fair share, at least 40 per cent” of these four subway projects.

Metrolinx’s board of directors is set to review the details of the initial business case at a meeting on March 25.

Construction of the Line 1 extension could begin in late 2023 and should be finished by 2030.