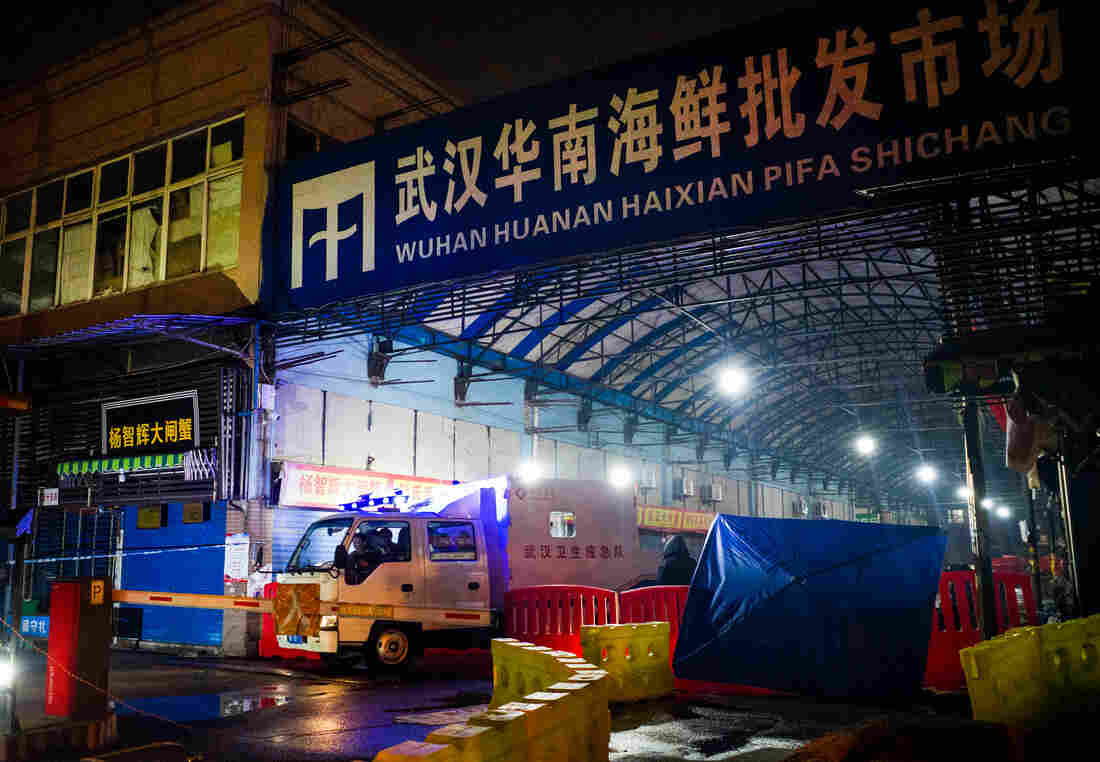 When COVID-19 first broke out in Wuhan, scientists tracked a large number of the cases to the Huanan Seafood Market in Wuhan. Above: The Wuhan Hygiene Emergency Response Team departs the market on Jan. 11, 2020, after it had been shut down to prevent the spread of the coronavirus. 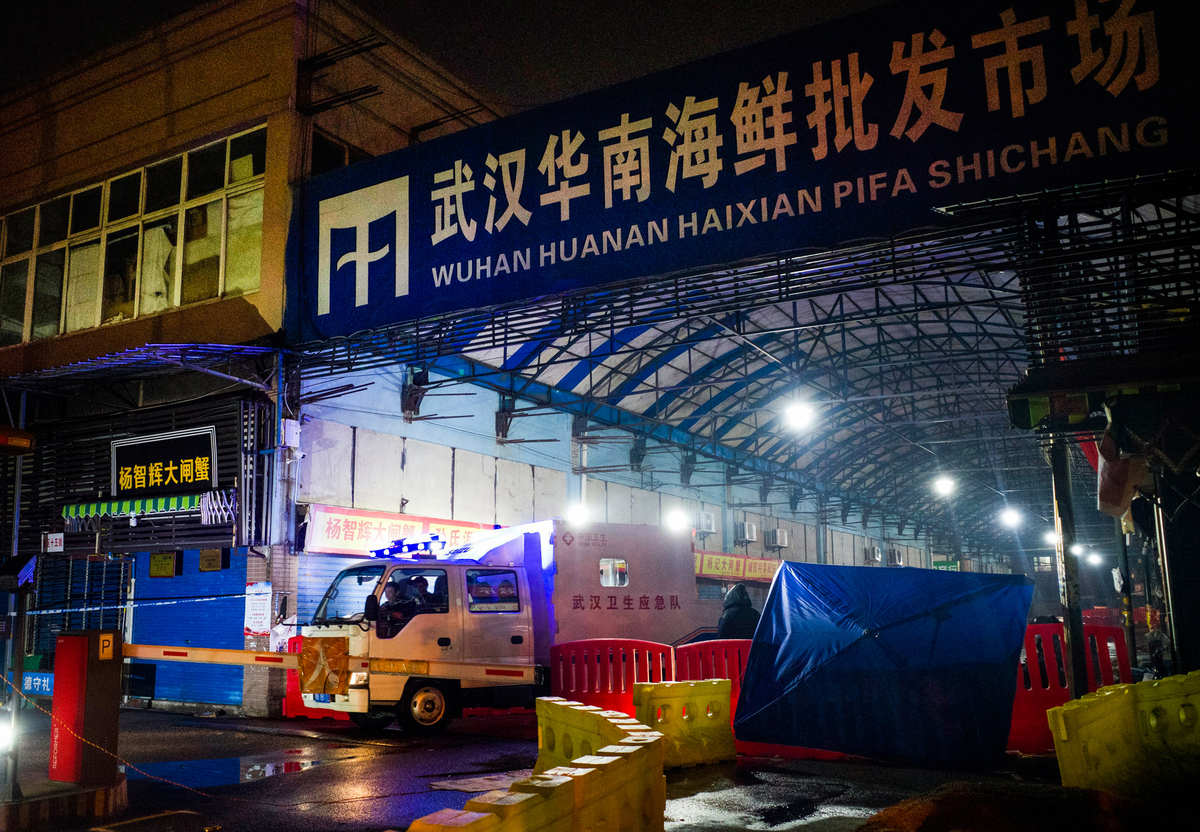 When COVID-19 first broke out in Wuhan, scientists tracked a large number of the cases to the Huanan Seafood Market in Wuhan. Above: The Wuhan Hygiene Emergency Response Team departs the market on Jan. 11, 2020, after it had been shut down to prevent the spread of the coronavirus.

This week, the World Health Organization finally released its long-awaited report about its investigation into how and where the COVID-19 pandemic began.

Although the main conclusions were roughly what the agency had already reported to the media, deep inside the 300-page paper there are tantalizing nuggets of information about the early days of the pandemic. And these points haven’t yet been widely reported.

In particular, there’s some juicy new evidence about where the virus came from — and how COVID was circulating widely through Wuhan before December 2019.

Let’s start with the former.

An “explosive outbreak began in Wuhan in early December 2019”

Buried deep in the WHO report, you can find a particularly illuminating interview. It’s on page 118 and has the unremarkable title of “Interview with patient recovered from COVID-19.”

But this patient isn’t just any patient. It’s the “patient in the COVID-19 reporting system with the earliest date of onset date.” The patient became sick on December 8, 2019 — several days before the first case linked to the Huanan market appeared.

Scientists have no clue where this early case got infected. The individual is identified as an accountant who works for the family business, with no clear connection to anything that might pass on the infection. “The person mentioned one relative working in a healthcare setting, and one relative visiting a local market but there were no illness reports related to these locations at that time,” the report states. “The person commuted to work by public transport, and had not travelled outside Wuhan.”

When COVID-19 first broke out in Wuhan, scientists tracked a large number of the cases to the Huanan Seafood Market, which sold frozen and live seafood and animals. Specifically, in December 2019, doctors detected 174 cases of COVID-19 in Wuhan and traced 51 cases to the market. And so initially, many researchers thought the pandemic began there.

But by the time the virus reached the market in mid-December, sporadic cases — with unknown origin — had already cropped up in a large portion of the city, according to maps in the report.

And thus, the WHO report concludes: “An explosive outbreak began in Wuhan in early December 2019.”

Although the COVID-19 pandemic didn’t begin at the Huanan market, it did get a big boost there. A significantly big boost.

Last month, virologist Linfa Wang said “there was massive transmission going on at that market, for sure.” The WHO report paints a clear picture for why Wang, a member of the WHO investigation team, believes such a big outbreak occurred.

For starters the market is huge at 50,000 square feet. From WHO’s description, it seems to be a place where COVID could spread easily. “The alleys of the market are very narrow, dark and poorly ventilated,” the report says. And an open “sewage” drain “in poor condition” ran through the entire market.

On January 31, 2021, WHO’s investigation team toured the west side of the Huanan Seafood Market, where most of the cases occurred in the outbreak. Although officials had shut the market a year earlier — and disinfected the stalls — the air still stunk.

“There was a mixed smell of animals and disinfection in some areas of the market,” the WHO report states. “It was later clarified by the manager in a subsequent meeting that those were the smell of rotten meat since all stalls were closed suddenly without removal of their products.”

The market sold a vast array of seafood and meat — frozen, fresh and alive. 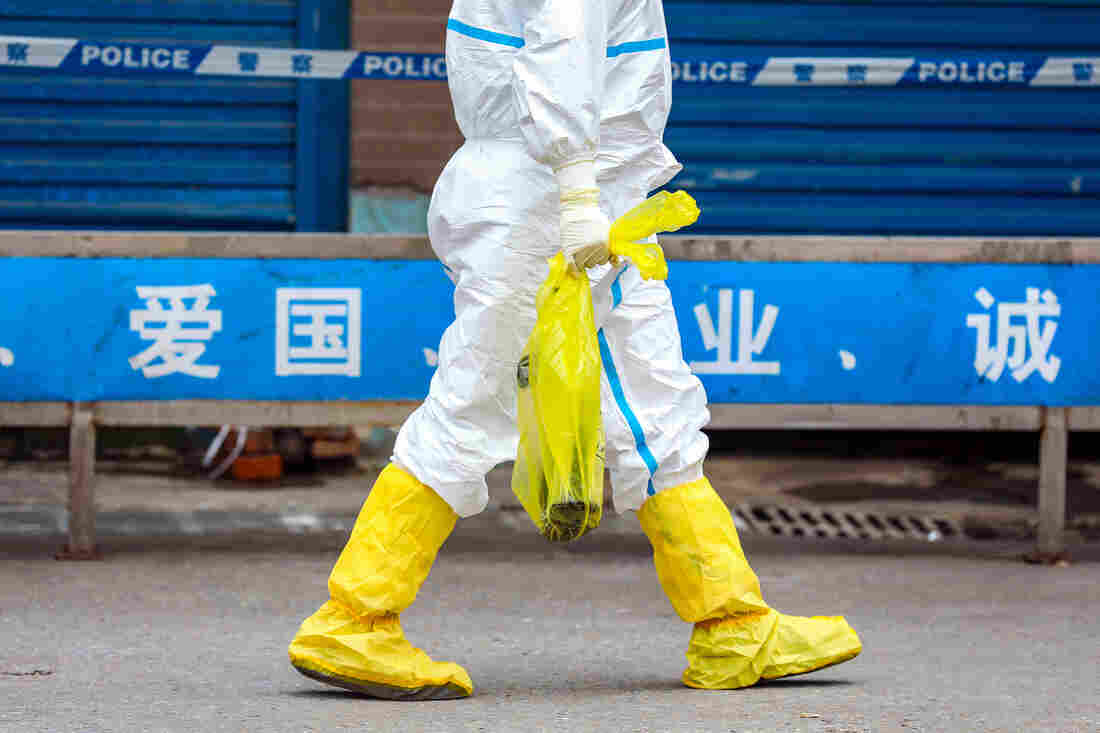 A worker who was part of the cleanup effort at the Huanan Seafood Market carries an escaped giant salamander, one of many types of live animals on sale. The photo was taken on Jan. 27, 2020. 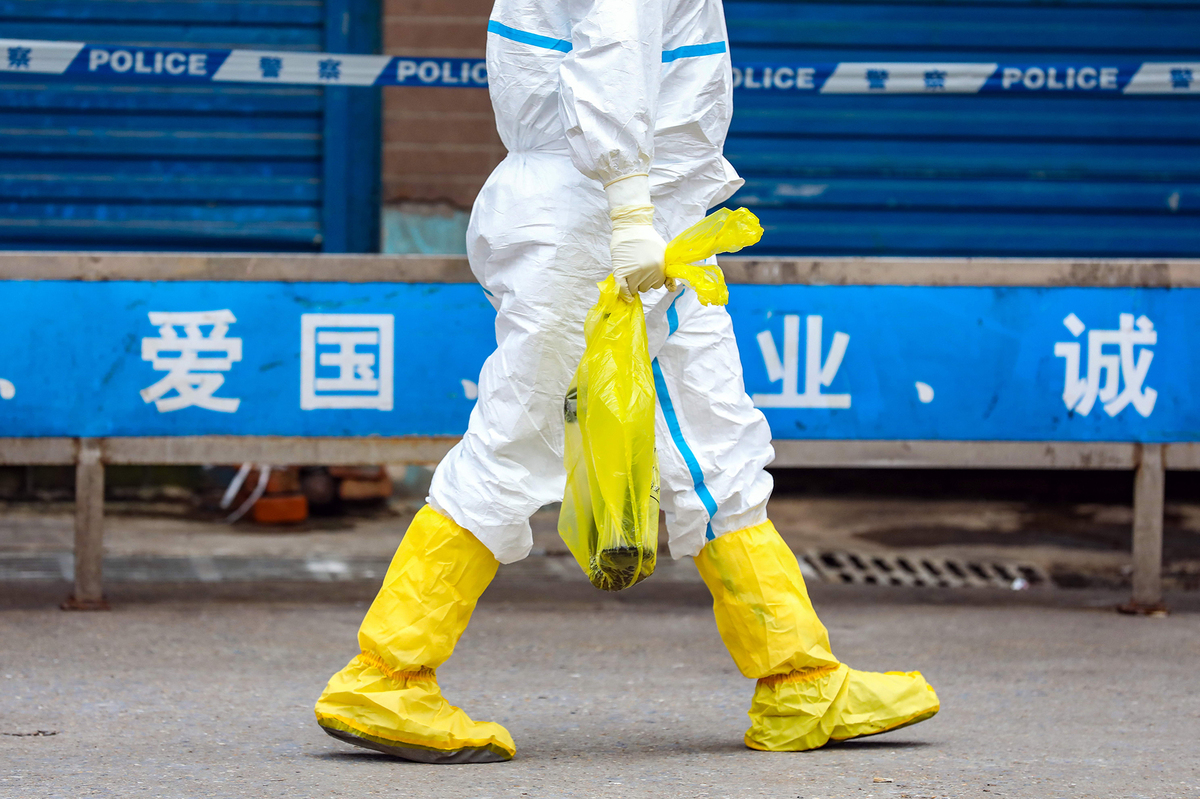 A worker who was part of the cleanup effort at the Huanan Seafood Market carries an escaped giant salamander, one of many types of live animals on sale. The photo was taken on Jan. 27, 2020.

Each day about 10,000 people packed into the narrow aisles of the market as butchers chopped up meat and slaughtered fish and mammals, the WHO report explains.

In December 2019, there were at least 51 cases linked to the market. Most of the people infected were workers.

All 51 cases were sick enough to seek medical help. Given that most people sick with COVID-19 show no or mild symptoms, the number of people infected at the market was likely much greater than 51.

The WHO report provides a diagram showing where the known COVID-19 cases occur as well as where scientists found signs of the coronavirus in the environment — “on the floor, walls, chopping boards, and cleaning tools,” the report writes. The contamination was especially heavy in the live animal section of the market.

Together, the data suggest the virus spread across a large section of the West area of the market in December 2019, infecting both workers and shoppers. In other words, the outbreak at Wuhan was a massive superspreading event that sent an already circulating virus into overdrive across Wuhan.

The data from the market also point to another key conclusion from the report: An animal likely amplified the spread of the virus. According to the report, the stalls that sold live animals had the heaviest contamination with SARS-CoV-2.

A menagerie of farmed wildlife, across China

On p. 99 of the Appendix, there’s a telling graphic. It shows a map of China with all the provinces outlined. Around the map, there are boxes listing off all the wild animals bred in captivity in each province. The list is long and diverse.

Across the country, farms are breeding everything from African lions, Siberian tigers, giraffes and hippos to meerkats, porcupines, lemurs and macaques. In total, more than three dozen wild animals appear on the map.

Shortly after the pandemic began in Wuhan, Chinese officials abruptly shut down farms that breed wildlife for food; that decision came after promoting these farms for more than a decade. The government allowed farms that breed wild animals for fur and medicine to remain open.

Wild animals are a major source of new human diseases. Several investigators with WHO believe these farms may be the source or amplifier of SARS-Cov2. Looking at this map makes you wonder: Is China setting themselves for future outbreaks?