While NHL games will be played without fans for the foreseeable future due to the coronavirus pandemic, New York Islanders co-owner Jon Ledecky expects record crowds in the stands by the time his team’s new arena opens in 2021.

The Islanders tapped Swiss bank UBS to serve as the naming rights partner for their new arena in Elmont, New York, in a 20-year deal reportedly worth $350 million. Ledecky said UBS’s massive long-term investment, announced at a time of unprecedented uncertainty in U.S. sports, signals the business world expects packed crowds as soon as a coronavirus vaccine makes it safe to attend games in person.

“I think the resilience of America and the resilience of our fans should not be underestimated,” Ledecky told FOX Business. “I think what you’ll see is that once the coast is clear, once the health authorities and the political authorities get together and say the coronavirus is on the decline or once a vaccine is developed, I think you’re going to see people return to arenas and stadiums across this country in record numbers because they want to support the United States.” 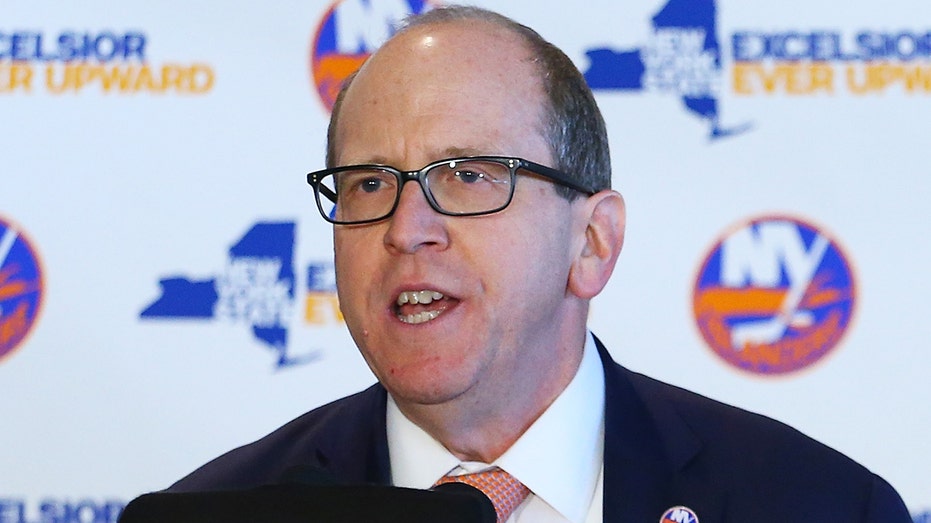 Co-Owner and Alternative Governer of the New York Islanders, Jon Ledecky speaks to the media during a press conference at Turf & Field Club on December 20, 2017 in South Ozone Park, New York. (Photo by Mike Stobe/NHLI via Getty Images)

Construction on the Islanders’ new arena shut down for several weeks in March, when the coronavirus pandemic brought nonessential work to a sudden halt and forced the NHL to suspend its season indefinitely. Despite the delay, Ledecky said the arena is still on track to open in time for the 2021-22 NHL season, adding that the Islanders organization is in a strong financial position despite the pandemic’s impact. 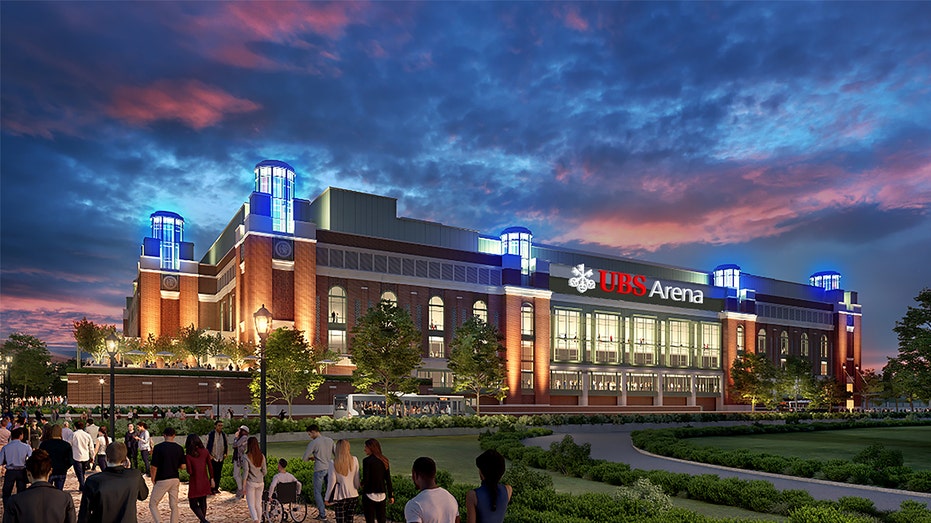 “In fact, we’re going to be in the market hiring people, because when you’re building a new arena and you’re taking on a project of this magnitude, you need to add to your team,” Ledecky said.

The UBS Arena project marks a major step for an Islanders franchise that had struggled for years to secure plans for a modern stadium. The team has been splitting its home games between the aging Nassau Coliseum in Uniondale and the Barclays Center in Brooklyn.

Described as “the first third-generation arena,” the stadium will feature state-of-the-art amenities such as digitally enhanced concession stands. Long restroom lines, a much-maligned hallmark of the Nassau Coliseum fan experience, will not be an issue. UBS Arena will have more bathrooms than any other stadium in the U.S.

UBS won naming rights after a competitive bidding process that included offers from “up-and-coming digital media companies” and “iconic New York companies,” according to Ledecky. The Islanders chose UBS, which has its U.S. headquarters in New York, because the bank is on stable footing and is well-capitalized amid pandemic-related uncertainty.

“What a great endorsement by UBS that the resiliency of New York will be there,” Ledecky said.

The NHL will resume play on Aug. 1 in “bubble” environments established in the Canadian cities of Toronto and Edmonton. The Islanders will face the Florida Panthers in a five-game qualifying round to determine which team makes the playoffs.

While fans won’t be able to attend the games in person, Ledecky said TV viewers can expect an electric experience. The NHL is expected to announce steps to recreate a traditional game environment in the coming days.

“I think America has a chance here to fall in love with hockey all over again on television,” Ledecky said.