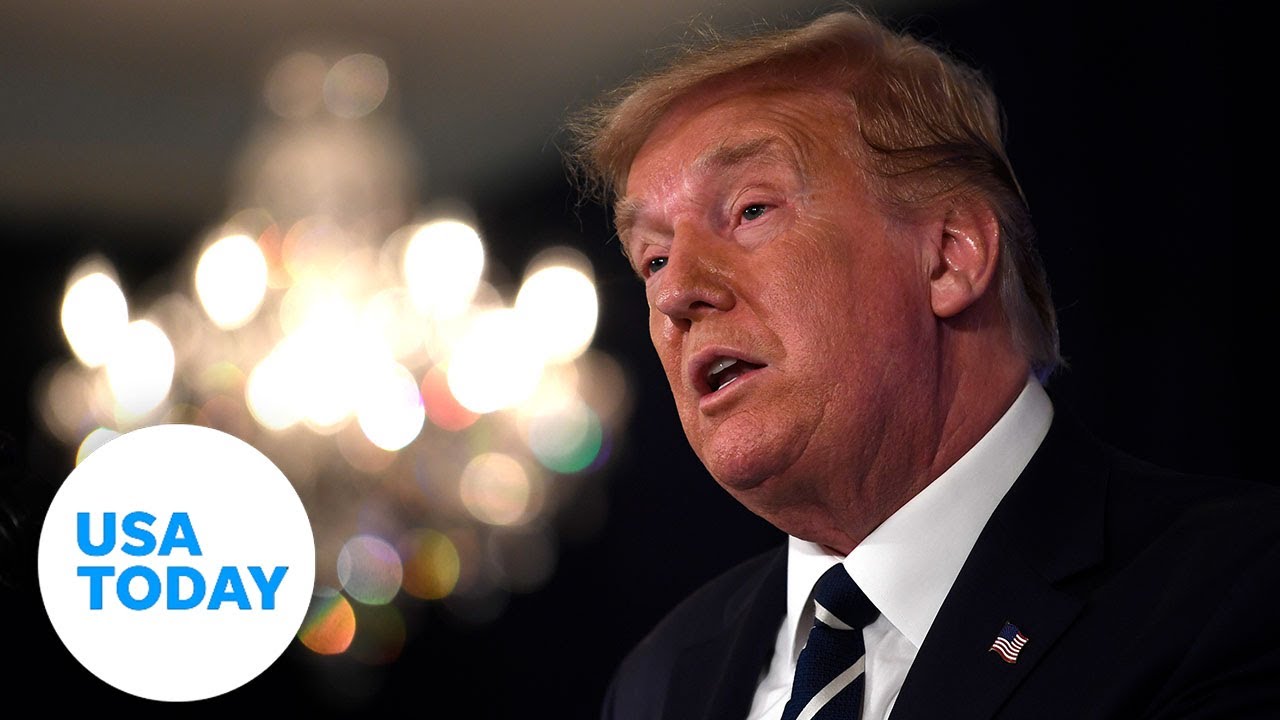 WASHINGTON — White House negotiators say talks with congressional Democrats have fallen apart over a coronavirus stimulus package and they will recommend President Donald Trump take executive action this weekend on a number of programs aimed at helping Americans.

House Speaker Nancy Pelosi, D-Calif., and Senate Minority Leader Chuck Schumer, D-N.Y., met for more than two hours Friday with Treasury Secretary Steven Mnuchin and White House chief of staff Mark Meadows in a last-ditch attempt to salvage discussions now in their second week. But the effort was fruitless, with both sides admitting they were at a standstill with no real pathway forward.

“The president would like us to make the deal, but unfortunately we did not make any progress,” Mnuchin said after the two-hour meeting. “The chief and I will recommend to the president, based on our lack of activity today, to move forward with some executive orders.”

Mnuchin said he and Meadows would ask Trump to move forward on the orders over the weekend.

Trump has threatened to use executive orders to extend a handful of programs Americans have been relying on since the coronavirus began pummeling the U.S. economy in March if the two sides couldn’t come to a deal. The legality of such orders remain unclear and the president has largely skirted questions about the constitutionality of acting unilaterally on such programs.

What both sides want:$1,200 checks? Money for schools? Breaking down what Republicans and Democrats want in the coronavirus stimulus plan

‘Insulin or groceries’: How reduced unemployment affects struggling Americans from California to Mississippi

Mnuchin said the president’s executive actions may address at least three relief programs that were established in previous coronavirus legislation:

Along with the three programs listed by Mnuchin, the president has also said he could act on a payroll tax cut, an idea he’s pushed for months without success.

“It’s going to take a little bit of time for us to finalize these and process that, but we’ll do them as quickly as we can because the president wants action,” Mnuchin said of the executive orders.

Both sides had set a self-imposed deadline to come to an agreement by Friday. And the president, later Friday, said the White House would be “going in a different way.”

“Pelosi and Schumer only interested in Bailout Money for poorly run Democrat cities and states,” Trump wrote on Twitter. “Nothing to do with China Virus! Want one trillion dollars. No interest. We are going a different way!”

The state and local funding the president highlighted had become a major point of contention in the negotiations, with Democrats standing firm on wanting about $1 trillion, arguing many police, firefighters and other taxpayer-funded workers were in danger of being laid off.

Republicans, in their own proposed stimulus package, had set aside nothing for local governments that saw their revenues gutted due to the pandemic. They argued many of the states needing funds were run by Democrats who for years had poorly managed budgets. The White House upped their offer to $150 billion during the negotiations, but it was quickly turned down by Democrats.

“If we can reach an agreement on state and local and unemployment, we will reach an overall deal and if we can’t, we can’t,” Mnuchin said after Friday’s meeting, highlighting how central the issue has been to the negotiations.

Democrats painted a grim portrait of the pathway forward, saying Republicans refused to meet in the middle on a host of issues.

“It was a disappointing meeting,” Schumer said afterwards. “We are asking them to come back and negotiate but (they need to) realize, the House is Democratic, they need a majority of Democratic votes in the Senate. Meet us in the middle! God sakes please, for the sake of America, meet us in the middle.”

When asked about the next steps on a bill, Pelosi said she asked White House negotiators to come back “when you are ready to give us a higher number.”

Mnuchin said there were no plans for another meeting, but he left open the door for further negotiations, telling reporters, “the chief and I will be back here any time to listen to new proposals.”

Over the days of talks, both sides have made a series of concessions but the changes have been met with fairly blunt rejections. Pelosi on Friday said Democrats offered to cut down the overall price tag of their proposal by $1 trillion, an attempt to meet in the middle between the House’s $3 trillion package and the Senate’s $1 trillion measure.

Mnuchin called that offer a “non-starter.”

Mnuchin and Meadows have similarly made offers, such as ramping up funds for state and local governments, which Republicans originally designated nothing for, and more cash for those claiming unemployment.

Democrats have rejected the offers and said they were not enough to meet the needs of struggling families.

The Democratic-led House passed the HEROES Act, a roughly $3.4 trillion bill that would provide a second round of direct payments to millions of Americans, nearly $1 trillion to revenue-strapped states and local governments and billions for housing and food assistance.

The Republican-controlled Senate introduced its counter-proposal, the HEALS Act, a $1.1 trillion package that also includes direct payments but no federal aid for housing, food or state and local governments. It has yet to pass the chamber.

Schumer, at a news conference Friday afternoon, took aim at Meadows, a former member of Congress and leader of the staunch conservative House Freedom Caucus, saying he was “from the Tea Party” and that there were “20 Republicans in the Senate greatly influenced by them (the Tea Party)” who did not want to spend more on coronavirus relief.

He said Meadows’ role in the talks were another hurdle compared to previous discussions on past coronavirus bills, saying his “positions are quite hardened and non-compromising, more so than Mnuchin.”

The impasse in negotiations comes as the country continues to feel economic pain caused by the coronavirus pandemic, raising the stakes for Congress and the White House to rapidly find a solution.

Friday’s jobs report showed the unemployment rate falling to 10.2% in July from 11.1% in June. The Labor Department said Thursday about 1.2 million people filed initial claims for unemployment insurance over the previous week, bringing the total number of Americans seeking unemployment benefits to 55 million since the beginning of the coronavirus pandemic.

More:1.8M jobs added in July, unemployment falls to 10.2% as some states halt reopening, others press ahead

‘I’m too old to find a new career’:More than half of Americans fear job losses

A $600 boost to unemployment benefits introduced in the last major coronavirus relief bill in March also expired last week, throwing millions of Americans who relied on the added benefit into financial limbo.

Pelosi reiterated Democrats’ opposition to a short-term extension of benefits in a Friday MSNBC interview, calling it an “excuse” for Republicans to say they acted.