Larry King‘s estranged widow Shawn King has filed a lawsuit over the star’s recently-revealed secret will.

Last week, King’s brief will was leaked and stated that he wanted his $2 million estate to be divided among his children. Notably, the document mentioned his two now-deceased children among the beneficiaries.

The document, which was composed shortly after King filed for divorce from Shawn, made no mention of his estranged wife.

Shawn, 61, recently told Page Six that she was planning to contest the will in court, as she and her husband had already composed a plan that was not reflected in the will.

“We had a very watertight family estate plan,” she told the outlet of a plan she and her husband drew up “as a couple” in 2015.

In court documents filed by Shawn on Tuesday, she opposed the “purported holographic will” as well as “the Ex Parte Petition of Larry King, Jr. … for Letters of Special Administration.”

The documents claim that while divorce proceedings were “pending” between the broadcast legend and Shawn, “he gave no indication that he actually wanted to pursue divorce (other than the initial filing of the Petition for Dissolution.”

Furthermore, the docs said that Shawn and King were attending counseling, and “reconciliation remained possible until Larry’s health conditions made that impractical.”

“Shawn is the one with the most knowledge of Larry’s business, assets and wishes,” said the suit.

King has three remaining children — Larry King Jr., 59, Chance, 21, and Cannon, 20 — he shared Chance and Cannon with Shawn while his children Chaia and Andy both died last year.

LARRY KING’S WIFE SHAWN KING SPEAKS OUT AFTER TV ICON’S WILL IS REVEALED: ‘WE ARE GRIEVING’

The suit alleges that Larry King Jr. “was unknown to Larry until [he] was well into his thirties” and that King Jr.’s mother and Larry split before the child was born.

King Jr. “has never been involved in Larry’s career or business, and it would be highly inappropriate to place him in a position of representing Larry’s estate,” said the docs.

The suit claims that the new, handwritten will’s claim that it “should replace all previous writings” is “not sufficient to revoke the prior will.”

Also mentioned in the suit was an alleged “secret account” owned by King, through which, he “would make gifts to various individuals from community property, without Shawn’s knowledge.” 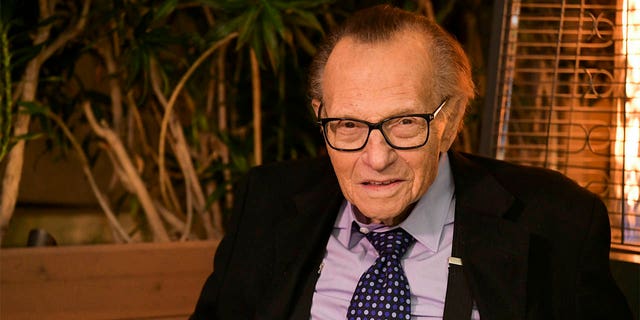 “Shawn further believes that [Larry King Jr.] exerted undue influence over Larry in connection with some or all of these gifts in the creation of the purported Holographic Will,” claimed the docs.

The broadcaster was “of questionable mental capacity” in his last few years, the suit alleges, meaning that “he was highly susceptible to outside influences at the time he purportedly executed the Holographic Will.”

Reps for King Jr. did not immediately respond to Fox News’ request for comment.