Kubrat Pulev has insisted he would “never disrespect” Anthony Joshua after referring to the British heavyweight star’s skin ahead of their world title fight.

The Bulgarian will challenge for Joshua’s WBA, IBF and WBO titles, with a date and venue for the fight set to be announced.

At a press conference in Bulgaria earlier this week, Pulev had referred to the colour of Joshua’s skin when asked for his verdict on the British champion.

“His strengths? I’d say he has a very powerful punch undeniably,” he said.

“What are his other strengths? His tan is better than mine.”

But Pulev has since released a lengthy statement saying: “I would never, under any circumstances, allow myself to show disrespect to another human being on racial, ethnic or religious grounds.

“That’s what I’ve been teaching my little nephews all the time. Each of us is born on this earth with equal rights, and skin colour is completely irrelevant. 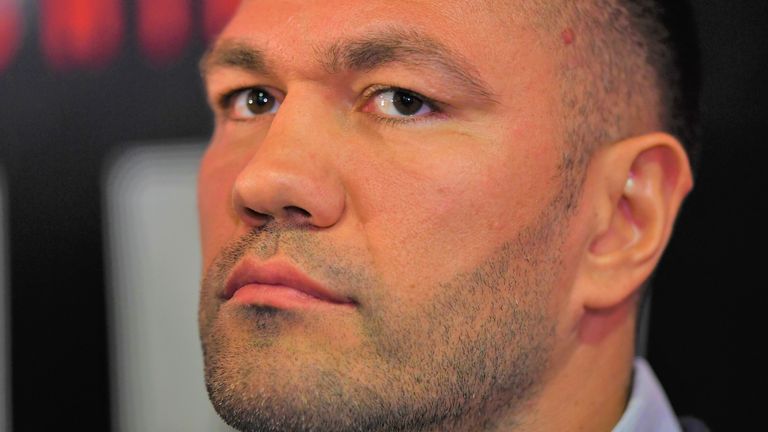 Therefore, if somebody has been offended by my words, I hope they would try to understand exactly what I meant by them and if they cannot understand me, then accept my sincere apology.

“I can’t believe how my words about Anthony Joshua have been taken out of context. It never even occurred to me to discredit another sportsman because of the colour of his skin!

“Amongst my friends there are people of different races and ethnicities. They are all great and worthy people, as well as my very good, long-standing friends whom I respect and love.

“It is 2020 and I very much hope that people would stop this small-mindedness and that human beings would evolve intellectually to realise that the truly valuable human qualities in this world are not manifested externally, but through the power of the human spirit and the virtues we carry within ourselves!

“Therefore, if somebody has been offended by my words, I hope they would try to understand exactly what I meant by them and if they cannot understand me, then accept my sincere apology.

“I would like to take this opportunity to congratulate Joshua on his birthday today and to wish him much happiness and good health – something which is more valuable nowadays than ever before!”

Joshua was originally set to face Pulev at the Tottenham Hotspur Stadium in June, but the fight was rescheduled due to the Covid-19 pandemic.

Pulev is the mandatory challenger for Joshua’s IBF belt after defeating Hughie Fury in a final eliminator in October 2018.