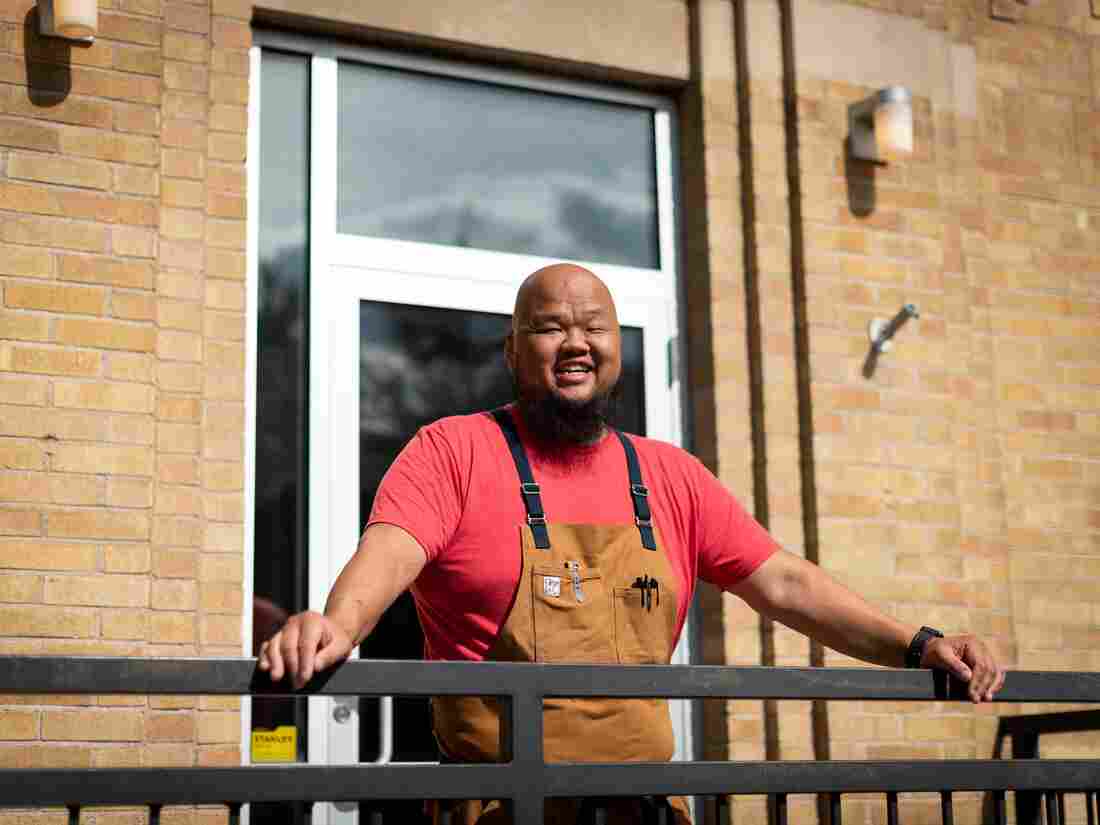 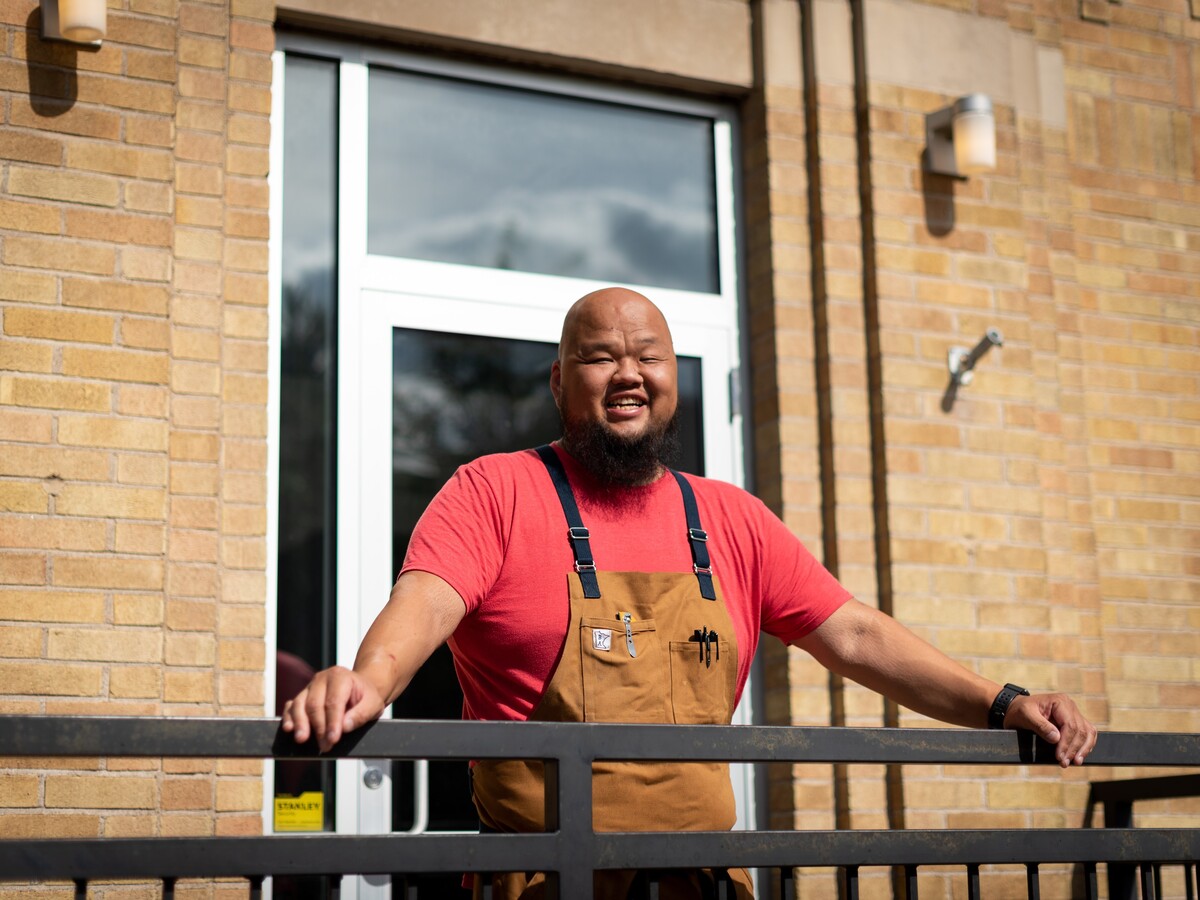 Jillian Melton and Paul Sklar work at two restaurants hundreds of miles apart. And when it comes to the $15 minimum wage debate, their differences in views could almost be as vast.

The push by Democrats to raise the federal minimum wage would also eliminate a decades-long practice of paying restaurant servers as little as $2.13 an hour under the expectation they would earn far more through tips.

It is a pay structure prevalent in most states, including in Tennessee, where Melton was a server at the chain restaurant Seasons 52 until she was laid off during the pandemic. But for Melton, that reliance on tips was “archaic,” often meaning the difference between spending more time with her children, or having to work a last-minute shift.

“I’ve missed track meets,” Melton says. “I’ve missed baseball games because I needed to work, even though I planned to be off tonight, because yesterday went so terrible.”

But Paul Sklar, a server at an Olive Garden in Baltimore, doesn’t want the tip wage system to change. He worries restaurants would have to cut hours or lay people off if they were forced to pay more to their staff out of pocket.

“If they have one slow day or one bad weekend, they’re ready to cut hours, make tough decisions with some of their most loyal people, so I can only imagine what having to pay a much higher wage would do,” Sklar says. 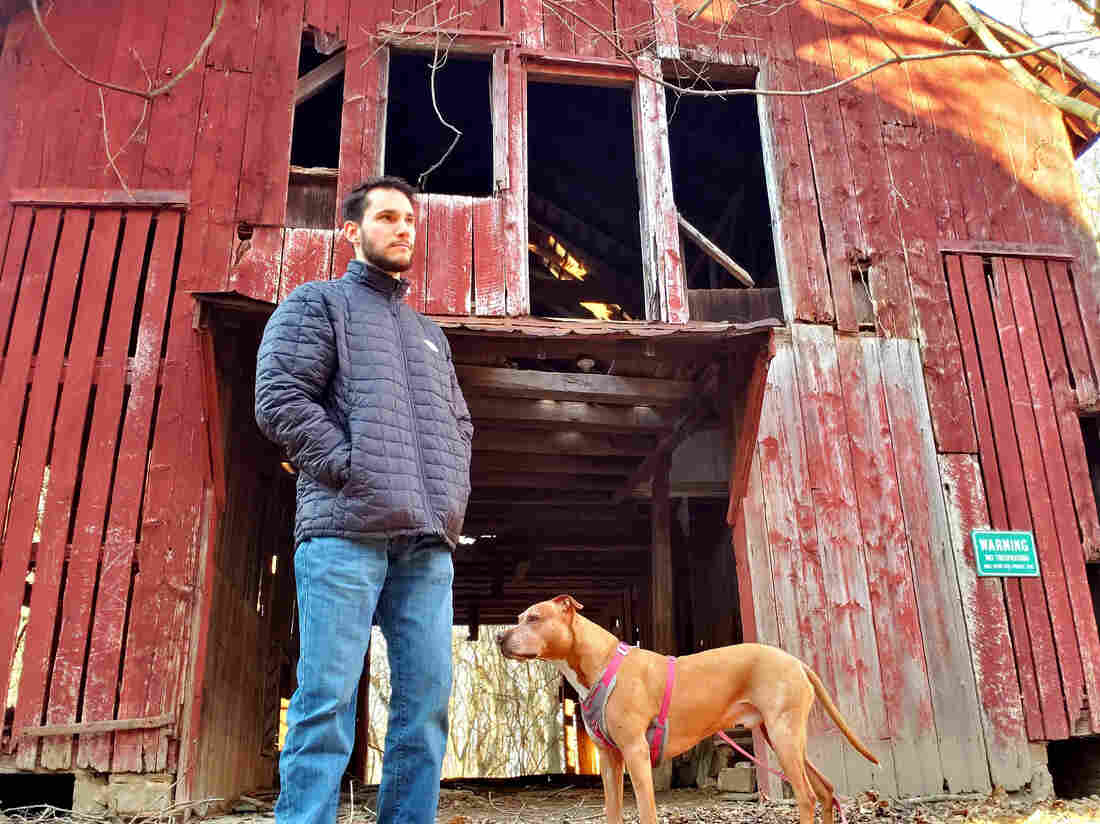 Paul Sklar works at an Olive Garden in Baltimore. He worries hours would be cut or layoffs would occur if restaurants had to pay more to their staff. 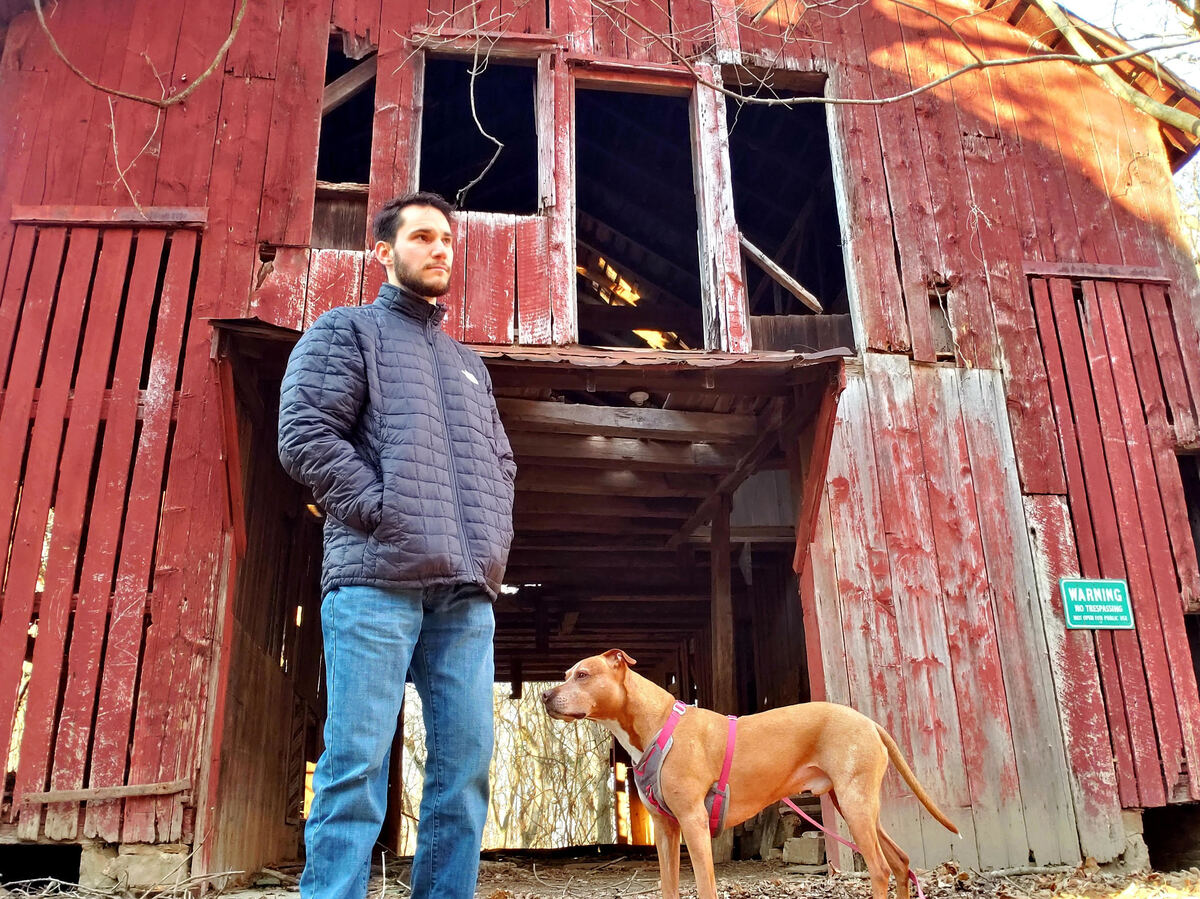 Paul Sklar works at an Olive Garden in Baltimore. He worries hours would be cut or layoffs would occur if restaurants had to pay more to their staff.

Although servers make far less than the standard federal minimum wage of $7.25 an hour, restaurants are legally supposed to pay the difference when those employees’ pay falls short of that amount.

But servers complain many restaurants often skimp on topping off their pay if they don’t make enough in tips.

The tipped wage structure is a relic of the Jim Crow era, when businesses looked for ways to avoid paying a full wage to African Americans and women.

People of color and women today make up a huge chunk of the tipped workforce, and discrimination and sexism persist, affecting servers such as Melton.

The most recent Democratic proposal to hike the minimum wage would scrap this two-tiered system. Businesses would have to pay every worker at least $15 an hour, whether they make tips or not.

Forecasters from the Congressional Budget Office say boosting the minimum wage to $15 an hour would deliver a pay raise to as many as 27 million Americans, but they caution it would also cost as many as 1.4 million jobs.

The plan didn’t make it into the latest coronavirus relief, but the Biden administration has pledged to keep pushing the issue.

Like Sklar in Baltimore, many restaurant owners fear the $15 minimum wage across the board would affect their businesses. Laurie Torres, the owner of Mallorca, a Spanish-style restaurant in downtown Cleveland, warns it would be devastating for the industry. 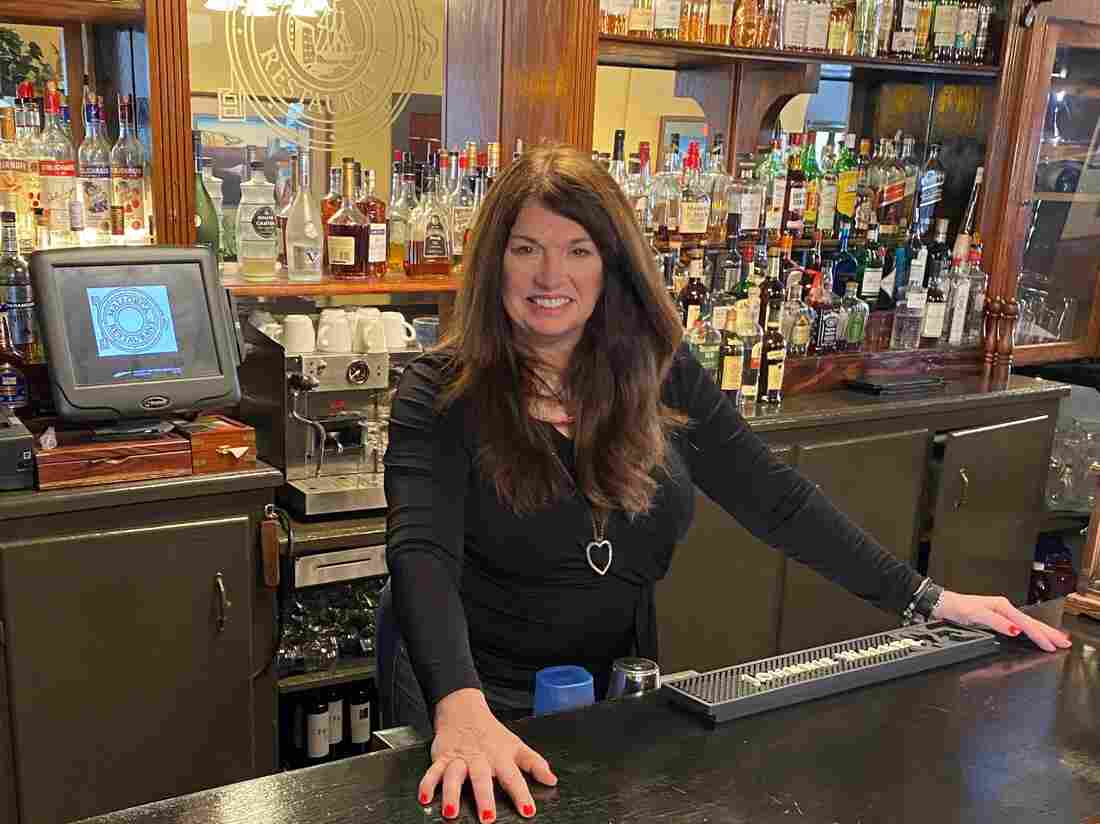 Laurie Torres owns Mallorca in downtown Cleveland. She says businesses will have trouble making the finances work if the tipped wage were to change. 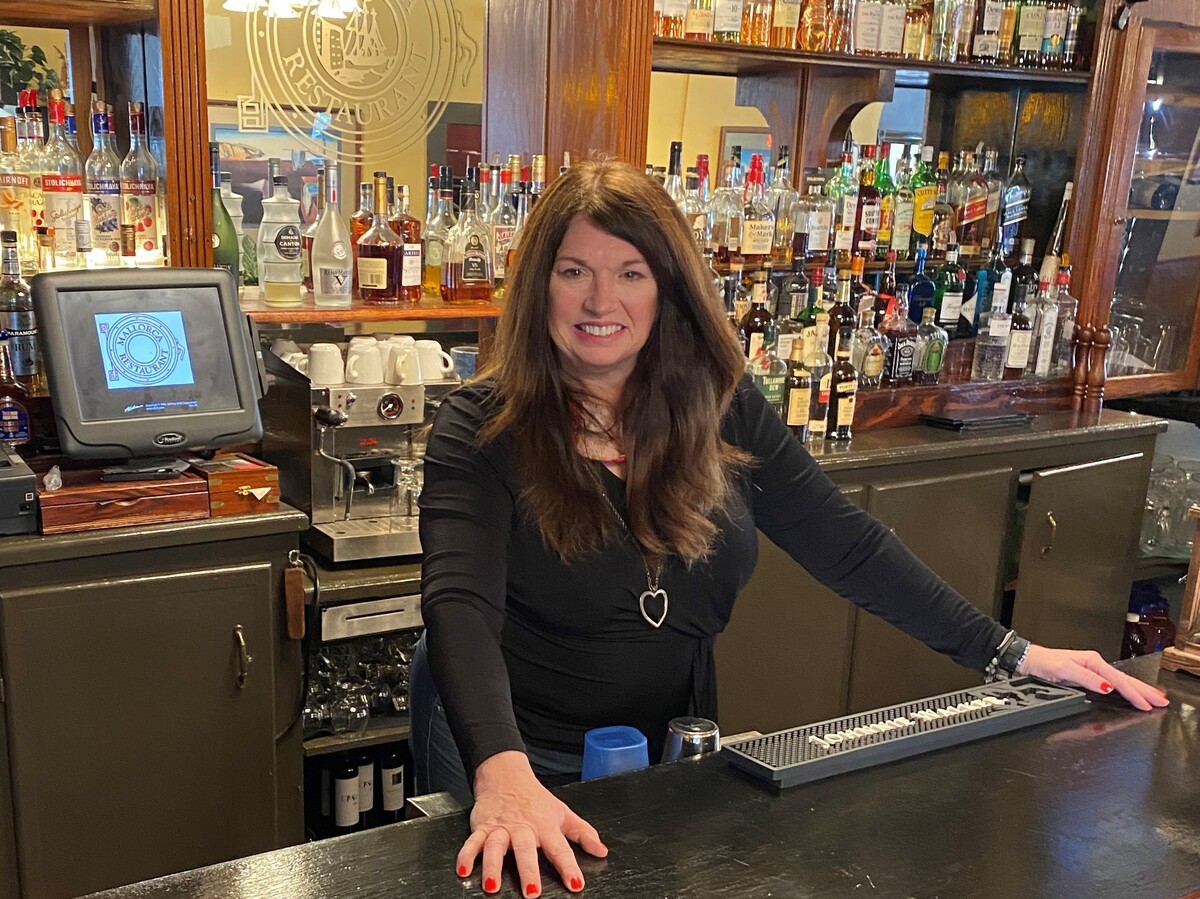 Laurie Torres owns Mallorca in downtown Cleveland. She says businesses will have trouble making the finances work if the tipped wage were to change.

“Most restaurants have very, very small margins,” Torres says. “There’s times when we’re not making a profit. It’s about survival. It’s about making sure I can employ all my staff and wait for the better days.”

At upscale spots such as Mallorca, waiters can earn way more than $15 an hour with tips.

Sommelier Karim Soumah works at Cork Wine Bar and Market in Washington, D.C. He says tips make it possible for him to build a good life, allowing servers to pay for college or buy a home.

“The tipped wage is very advantageous if you work at the right place,” he said. 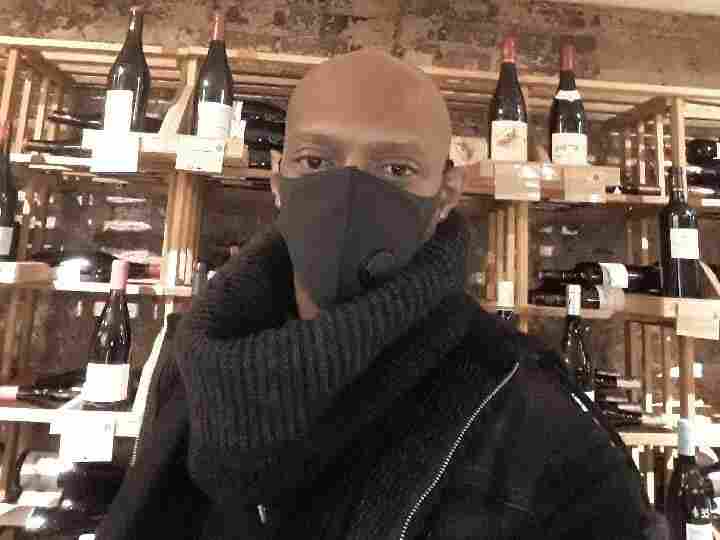 Karim Soumah works at a wine bar in Washington, D.C., where tips have helped him make a good living. 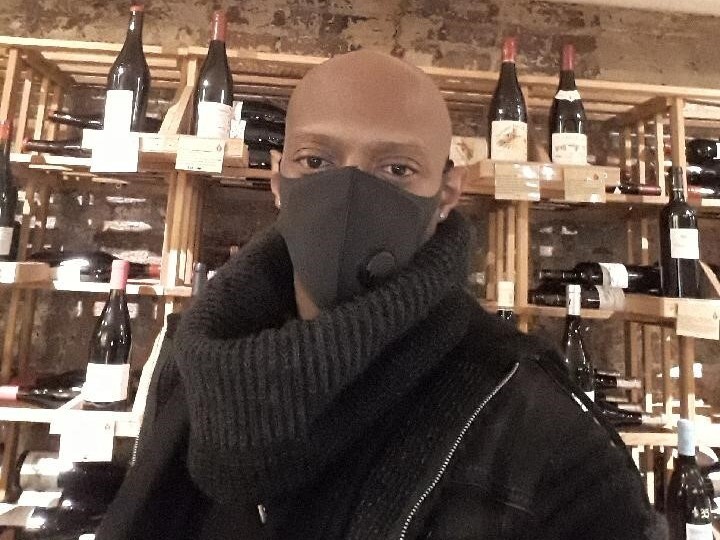 Karim Soumah works at a wine bar in Washington, D.C., where tips have helped him make a good living.

At the same time, Soumah believes that even with a higher minimum wage, diners would still leave tips.

“No one comes into a restaurant and says, ‘Oh Lord, this person is $12 an hour, they don’t deserve anything extra,’ ” Soumah said.

That contrast between what wait staff earn is common across the industry – and it colors how people in restaurants approach the $15 minimum wage.

But research generally shows those who live on tips tend to make less than those earning a higher minimum wage.

According to the Economic Policy Institute, a greater proportion of workers live below the poverty line in states where the tipped minimum wage structure is in place, compared with those living in states where employers must pay the same minimum wage to all hourly workers.

The Economic Policy Institute found that restaurants in those states were generally able to absorb the higher wage costs by moderate price increases, less turnover and higher productivity.

Chef Yia Vang is a restaurant owner in Minneapolis determined to get rid of the tipping system as he prepares to open his first brick-and-mortar restaurant, Vinai.

It’s personal for Vang. Growing up, he worked a bunch of restaurant jobs — cooking, dishwashing, preparing food. Those “back of house” workers usually make far less than waiters, who make tips, he says.

“I never questioned it because it was like, this is the way it is,” he says.

But as Vang rose through the ranks, he did start to question it.

So as he gets ready to open Vinai, Vang plans to compensate all his staff more and provide health care. The price of menu items might be a bit higher, but tipping won’t be an option, so he thinks it will mostly even out.

Getting rid of tipping is an approach that has been tried by other restaurants. Some have made it work, but others such as New York restaurateur Danny Meyer have abandoned the model.

For Vang getting rid of tipping is not only a sustainable business model – it’s a way to address the tipped wage structure head-on.

“I personally want to get rid of that front of the house, back of the house, and understand we’re one house,” he says. “And to do that, you have to start digging into these systemic issues that no one really talks about, because, you know that’s just how the industry works.”