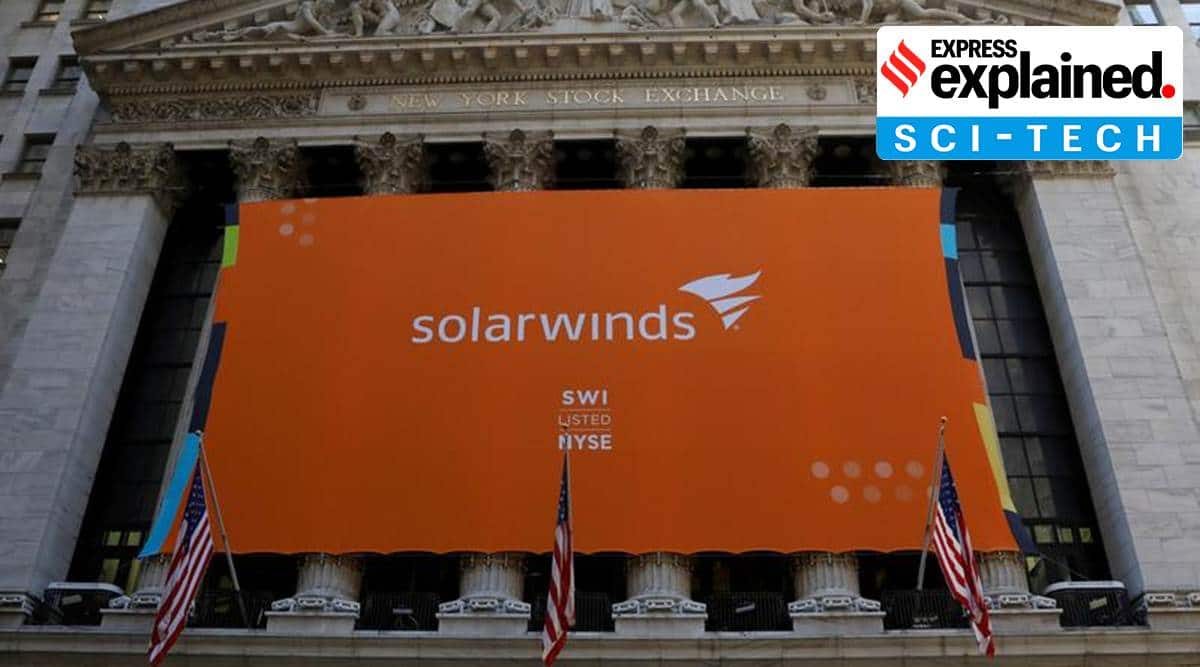 The target of the cyberattack was Orion, a software supplied by the company SolarWinds. (Reuters Photo)

The ‘SolarWinds hack’, a cyberattack recently discovered in the United States, has emerged as one of the biggest ever targeted against the US government, its agencies and several other private companies. In fact, it is likely a global cyberattack.

It was first discovered by US cybersecurity company FireEye, and since then more developments continue to come to light each day. The sheer scale of the cyber-attack remains unknown, although the US Treasury, Department of Homeland Security, Department of Commerce, parts of the Pentagon are all believed to have been impacted.

In an opinion piece written for The New York Times, Thomas P Bossert, who was Homeland Security Adviser for President Donald Trump, has named Russia for the attack. He wrote “evidence in the SolarWinds attack points to the Russian intelligence agency known as the SVR, whose tradecraft is among the most advanced in the world.” The Kremlin has denied its involvement.

So, what is this ‘SolarWinds hack’?

News of the cyberattack technically first broke on December 8, when FireEye put out a blog detecting an attack on its systems. The firm helps with security management of several big private companies and federal government agencies.

FireEye CEO Kevin Mandia wrote in a blogpost saying that the company was “attacked by a highly sophisticated threat actor”, calling it a state-sponsored attack, although it did not name Russia. It said the attack was carried out by a nation “with top-tier offensive capabilities”, and “the attacker primarily sought information related to certain government customers.” It also said the methods used by the attackers were novel.

Then on December 13 FireEye said cyberattack, which it named Campaign UNC2452, was not lmited to the company but had targeted various “public and private organisations around the world”. The campaign likely began in “March 2020 and has been ongoing for months”, the post said. Worse, the extent of data stolen or compromised is still unknown, given the scale of the attack is still being discovered. After systems were compromised, “lateral movement and data theft” took place.

How did so many US government agencies and companies get attacked?

This is being called a ‘Supply Chain’ attack: Instead of directly attacking the federal government or a private organisation’s network, the hackers target a third-party vendor, which supplies software to them. In this case, the target was an IT management software called Orion, supplied by the Texas-based company SolarWinds.

Orion has been a dominant software from SolarWinds with clients, which include over 33,000 companies. SolarWinds says 18,000 of its clients have been impacted. Incidentally, the company has deleted the list of clients from its official websites.

According to the page, which has also been scrubbed from Google’s Web Archives, the list includes 425 companies in Fortune 500, the top 10 telecom operators in the US. A New York Times report said parts of the Pentagon, Centers for Disease Control and Prevention, the State Department, the Justice Department, and others, were all impacted.

Microsoft confirmed it has found evidence of the malware on their systems, although it added there was no evidence of “access to production services or customer data”, or that its “systems were used to attack others”. Microsoft president Brad Smith said that the company has begun to “notify more than 40 customers that the attackers targeted more precisely and compromised”.

A Reuters report said that even emails sent by Department of Homeland Security officials were “monitored by the hackers”.

According to FireEye, the hackers gained “access to victims via trojanized updates to SolarWinds’ Orion IT monitoring and management software”. Basically, a software update was exploited to install the ‘Sunburst’ malware into Orion, which was then installed by more than 17,000 customers.

FireEye says the attackers relied on “multiple techniques” to avoid being detected and “obscure their activity”. The malware was capable of accessing the system files. What worked in the malware’s favour was it was able to “blend in with legitimate SolarWinds activity”, according to FireEye.

Once installed, the malware gave a backdoor entry to the hackers to the systems and networks of SolarWinds’ customers. More importantly, the malware was also able to thwart tools such as anti-virus that could detect it.

Where does Russia come in?

In his NYT opinion article, Bossert named Russia and its agency SVR, which has the capabilities to execute the attack of such ingenuity and scale.

Microsoft notes in its blog that “this aspect of the attack created a supply chain vulnerability of nearly global importance, reaching many major national capitals outside Russia”. It goes on to add that sophisticated attacks from Russia have become common.

FireEye, however, has not yet named Russia as being responsible and said it is an ongoing investigation with the FBI, Microsoft, and other key partners who are not named.

What has SolarWinds and the US government said about the hack?

Right now, SolarWinds is recommending that all customers immediately update the existing Orion platform, which has a patch for this malware. “If attacker activity is discovered in an environment, we recommend conducting a comprehensive investigation and designing and executing a remediation strategy driven by the investigative findings and details of the impacted environment,” it has said.

The US Cybersecurity and Infrastructure Security Agency (CISA) has issued an Emergency Directive 21-01, asking all “federal civilian agencies to review their networks” for indicators of compromise. It has asked them to “disconnect or power down SolarWinds Orion products immediately”.

The FBI, CISA and office of the Director of National Intelligence issued a joint statement, and announced what is called the ‘Cyber Unified Coordination Group (UCG)” in order to coordinate government response to the crisis. The statement calls this a “significant and ongoing cybersecurity campaign.”

The White House and President Donald Trump have been silent. Senator Mitt Romney has summed it best in his comments to journalist Olivier Knox of SiriusXM radio, where he compared this attack to the equivalent of Russian bombers flying undetected all over the country exposing the cyber warfare weakness of the US. He said that the silence and inaction from White House was inexcusable.

President-elect Joe Biden said in a statement: “A good defense isn’t enough; We need to disrupt and deter our adversaries from undertaking significant cyber attacks in the first place.”

📣 The Indian Express is now on Telegram. Click here to join our channel (@indianexpress) and stay updated with the latest headlines

For all the latest Explained News, download Indian Express App.