Even though the Dallas Cowboys have signed or retained nine defensive players through the early portion of free agency, there is no denying the club can and will continue upgrading the unit that struggled so badly a year ago.

Luckily for Dallas, the NFL draft is right around the corner and could provide them with the defensive improvements they are still seeking. ESPN’s Todd McShay seems to think so as well, as his latest two-round mock draft forecasts the Cowboys to add two extremely talented defensive prospects. 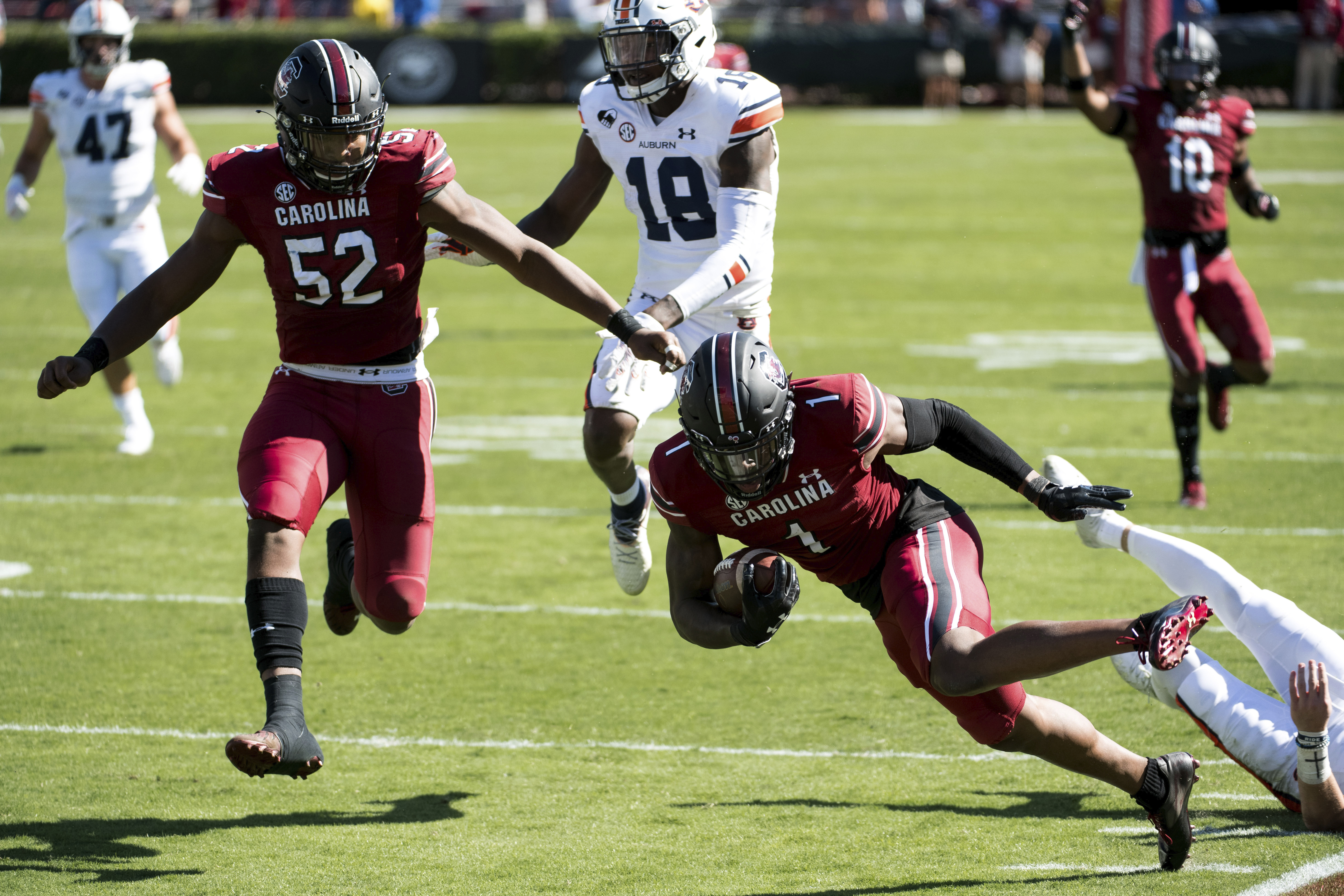 “Jourdan Lewis is back in Dallas, but the Cowboys still want to upgrade the cornerback position opposite Trevon Diggs. Perhaps it’s Virginia Tech’s Caleb Farley, though his back procedure might cause concern. Instead, I’m tabbing Horn, a speedy and versatile press corner. The Cowboys gave up 34 passing touchdowns last season, so expect them to address that area here — unless they opt to help protect the $160 million man, QB Dak Prescott, with one of the class’ top tackles.” – McShay

Horn recently joined The Nosebleed Seats Podcast from 105.3 The Fan to discuss his future and the former Gamecock stated, “It would definitely be big to be drafted by the Cowboys,’ Horn said. ‘A team with a lot of history. But anywhere I go, I’ll be happy to suit up for that team.’

The son of ex-NFL wide receiver Joe Horn, Jaycee has been in the consensus of top cornerbacks for months now, and after an impressive pro day the All-SEC talent is steadily working his way up draft boards.

Alabama corner Patrick Surtain II is arguably the most commonly predicted player to be added by Dallas, but in this experiment the Cowboys never had a chance at Surtain, as he was selected by Denver with pick No. 9.

The Cowboys first-round selection has also been heavily linked to the draft’s top two offensive tackles, Oregon’s Penei Sewell and Northwestern’s Rashawn Slater. Sewell and Slater go off the board at No. 13 and 14,  respectively, in this mock, meaning McShay chose Horn for Dallas over those potential offensive options.

Whatever direction Dallas chooses to go in the first-round, it is imperative that they make the right decision, as they are selecting in the top 10 for just the second time in nine drafts. 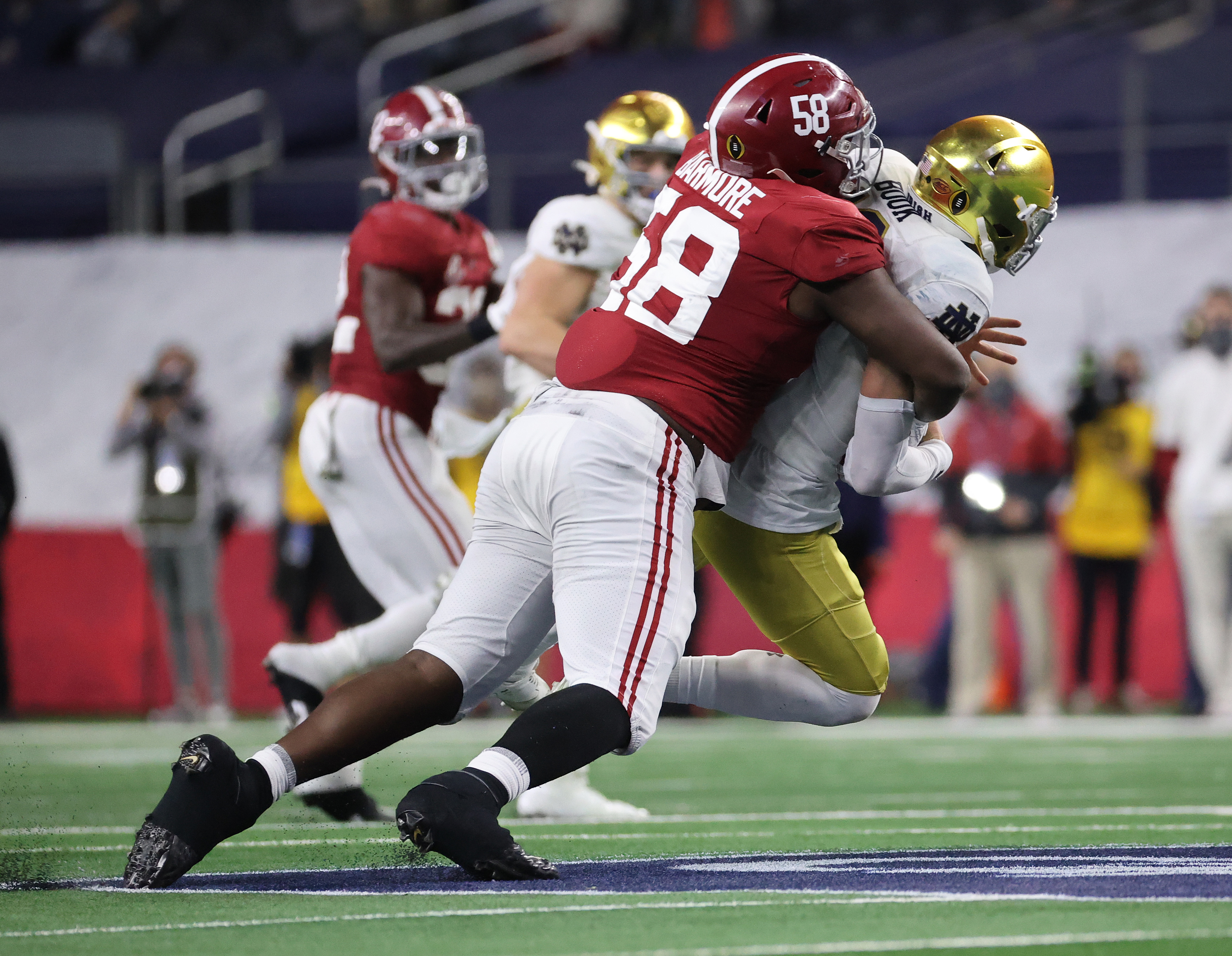 Dallas adds another potential game-changer in Alabama’s defensive tackle Christian Barmore, taken here in the second round. The Cowboys continue their trend from the 2020 draft of getting great value on an Alabama defender on Day 2.

“Not only does Barmore fill a hole in the Dallas defense, he also comes at a great value. He is my 33rd-ranked prospect, as he’s super disruptive from the interior.” – McShay

An interior presence with immense upside, Barmore was the first of two defensive tackle prospects McShay predicated to go in the top 64 picks.

Barmore has the tools and talent to excel at every aspect of the position, but isn’t a higher prospect as he never fully put everything together while in Tuscaloosa. Still, Barmore showed flashes of true dominance at times, especially rushing the passer and especially down the stretch of the 2020 campaign.

At 6-foot5 and 310 pounds, Baarmore could play the 1-technique but his ideal fit seems to be at the 3-tech, as noted by Glassmire in his scouting report of the Alabama product.

Dallas has two young mid-round 3-techs in Neville Gallimore and Trysten Hill, but unless the Cowboys are expecting a substantial jump in level of play from those two then it is hard to argue against adding a player with Barmore’s game-wrecking potential. 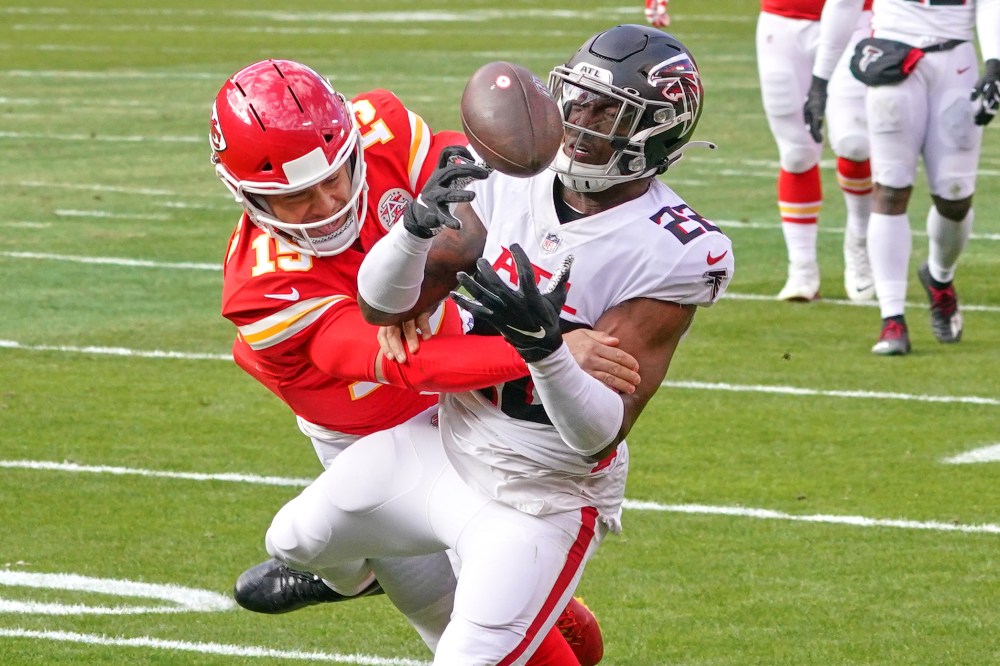