It’s time for an annual end-of-year retrospective, and quite a year it was. After what quickly turned from optimism for the new decade to something else entirely, now we’re all hoping for 2020 hindsight, so to speak. 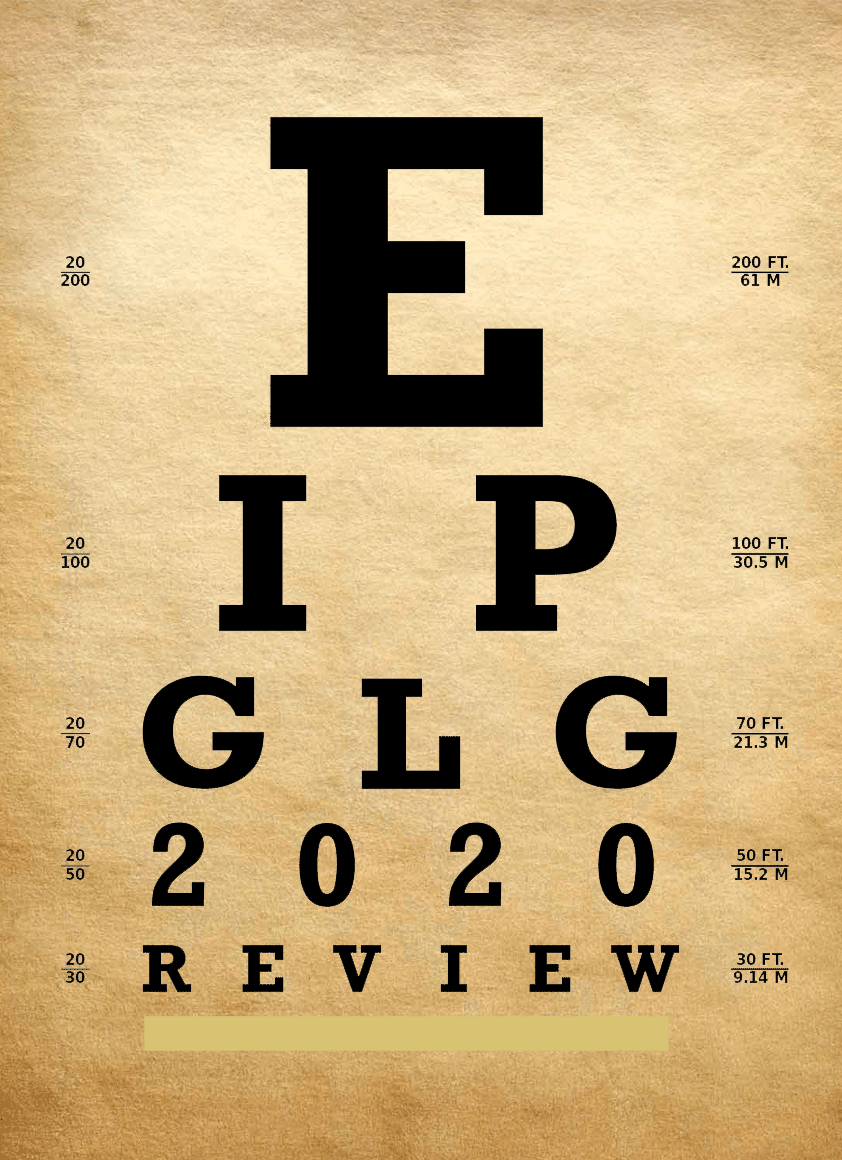 However, the court cases continued grinding forward as remote depositions and virtual testimony became much more commonplace. So here are our ‘hot takes’ on some major opinions rendered during the year of pandemic and especially relevant to our firm’s various practice areas.

#4 When Diamonds are a Warehouse Club’s Worst Friend

With the holiday shopping season now upon us, whether in-person or online, let’s begin with a curious case of counterfeiting courtesy of Costco. Yes, everyone’s favorite mega-store for paper towels and toilet paper found itself in some major distress after the venerable purveyors of fine jewelry accused the warehouse club of selling third party diamond rings advertised as “Tiffany”.

In its defense Costco argued descriptive reference to the style of setting as opposed to actual trademark use or suggestion of source; but the Second Circuit wrongfully ruled against the luxury retailer, reversing the lower court’s whopping twenty-one million dollar judgment against the Seattle-based discounter. Perhaps it was the lack of that distinctive robin’s egg blue box after all that ultimately saved the day for the bulk buy behemoth. Tiffany & Co. v. Costco Wholesale Corp., 971 F.3d 74 (2020).

In what certainly represents an ironic twist during this time of depressed travel, none other than the U.S. Supreme Court rendered its 8-1 ruling in favor of the owner of booking.com, correctly allowing trademark registration for domain names with the USPTO as long as the overall mark serves as a distinctive source-identifier.

Whether this decision leads to a noticeable increase in new trademark filings as Justice Breyer expressed in his dissent, remains to be seen, but it could have significant Branding Law implications in the years ahead. Patent and Trademark Office v. Booking.com B. V., 591 U.S. (2020).

#2 Zeppelins of Led…or a Whole Lotta Hot Air Instead?

Now turning to the always entertaining world of entertainment law, the Ninth Circuit Court of Appeals rightfully reversed the lower court’s decision in deciding that the iconic band’s signature song, “Stairway to Heaven” did not infringe upon Spirit’s lesser-known instrumental “Taurus”.

Hopefully, this will quiet a disturbing trend as parties bringing these music copyright actions have been prevailing far too regularly over the past several years, based on some very questionable legal analysis and factual grounds. However, since both songs in question were covered under the 1909 Copyright Act, protection was limited to sheet music rather than the actual sound recordings. So this ruling may not remain the same for songs protected under the 1976 Copyright Act. Skidmore v. Led Zeppelin, 15-cv-03462, U.S. District Court, Central District of California (Los Angeles).

#1 Lebron for the Layup

As set forth in Goldman’s­­ Branding Law: Cases and Materials (1st Ed., 2016), tattoo art represents personal branding in its most literal form. And that proved prophetic with the recent Lebron James decision. In reversing the lower court on appeal, the Southern District of New York rightfully ruled in favor of the video game developer defendant who cried “Foul” while asserting its rights to render King James’ unique tattoos.