In the Swedish capital, 250 of 14,000 people tested last week were infected with the virus, a positive rate of 1.8 percent.

Lockdown-free Sweden has been controversial for its liberal attitude to controlling the pandemic, preferring instead to let run through the population to create a ‘herd immunity’. 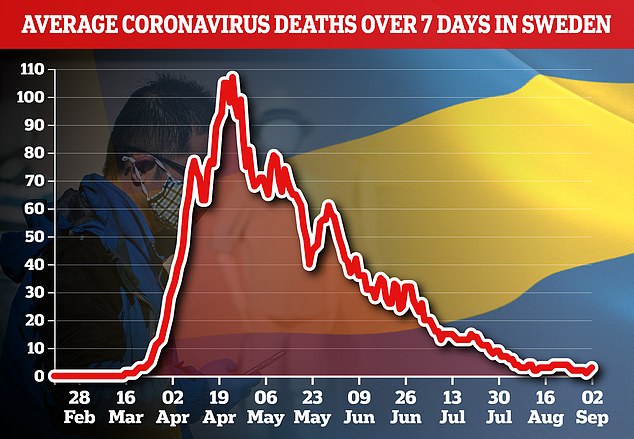 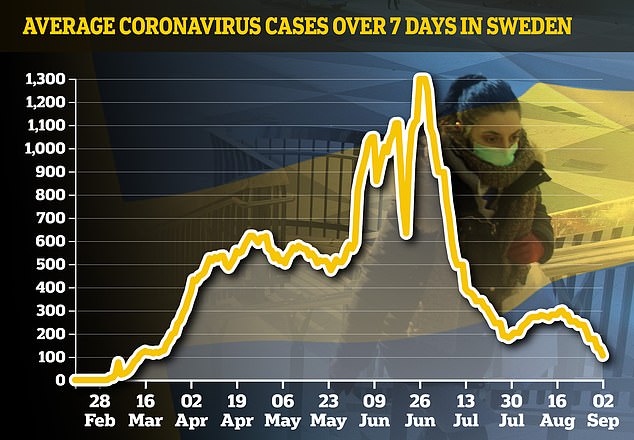 Sweden recorded 11 new cases of coronavirus on September 2, bringing the total number of cases up to 84,532. There were also seven new deaths, with a total of 5,820 overall fatalities

Its measures focused on voluntary social distancing guidance and hygiene recommendations, and it also refused to recommend the use of face masks, but has said they may be advised in the future.

Many businesses have also continued to operate, meaning the economy has fared significantly better than most.

But unlike many countries in Europe seeing a resurgence of cases, including France, the Netherlands, Belgium, Spain and Italy – Sweden’s figures seems to be continuing to head downwards.

He told AFP in an email that they can’t ‘really compare now and then’ as widespread testing was not underway in Sweden until June, but they could say that figures have declined ‘since week 10 or 11, possibly even earlier’.

Before June, Stockholm only tested serious cases which were admitted to hospital.

‘The reason we have relatively low transmission now is largely due to the fact that so many Stockholmers are following the recommendations to stay home when you’re sick, wash hands and keep your distance,’ Follin said in a statement.

The number of Covid-19 patients in intensive care is also currently low, with six patients in Stockholm hospitals as of August 31. This is compared to 225 at the end of April, according to local health authority Region Stockholm. 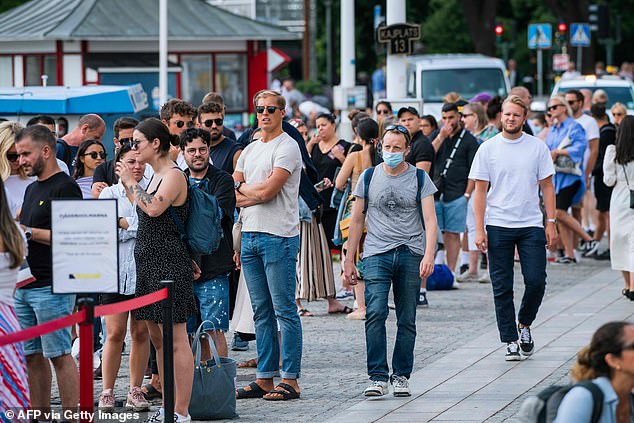 Stockholm, the epicentre of Sweden’s coronavirus outbreak, registered its fewest cases ‘in a very long time’ last week as just 250 of 14,000 people tested were infected with the virus 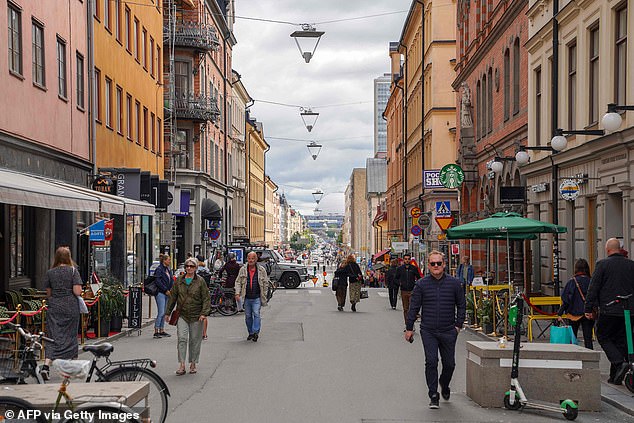 As of Thursday, Sweden had the world’s eighth-highest death toll at 577 per million inhabitants, mainly due to its failure to protect the elderly in nursing homes in the early stages of the pandemic.

Sweden recorded 11 new cases of coronavirus on September 2, bringing the total number of cases up to 84,532.

The number of coronavirus cases have been in steady decline since early June, and its R-number has largely held below 1 since early July.

Public health agency officials have said they don’t expect to see a large virus resurgence in Sweden, where schools reopened in mid-August.

But face mask sales are seeing a spike in demand in Sweden, several drug stores said, ahead of a possible U-turn decision by authorities.

Swedes appear to be stockpiling after the public health agency (FHM) said two weeks ago that it may issue new recommendations.

Face mask sales at online pharmacist Apotea have increased to around 400,000 units a week in the past two to three weeks from 150,000 in previous weeks, CEO Par Svardson said. 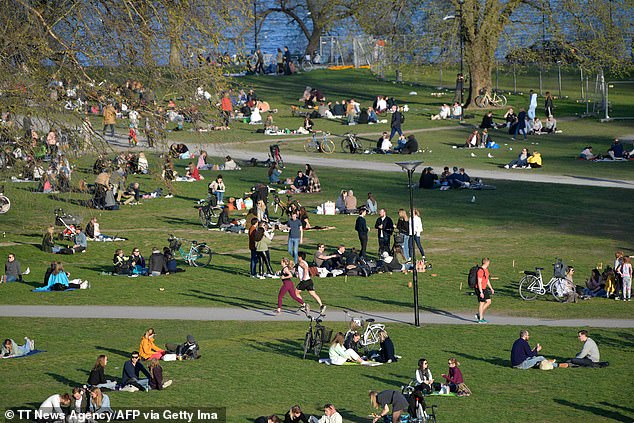 Sweden could make a U-turn in its face mask policy and encourage their use in certain spaces, after it refused to recommend the use of face coverings

At drug store Apoteket, with total annual sales around 20 billion crowns ($2.32 billion), face mask sales have jumped about 30% in the same weeks, to weekly levels equivalent to an entire year’s turnover, according to a spokesman.

Sweden has so far rejected recommending or mandating the use of face masks in public spaces, as many countries in Europe have done.

But health agency director-general Johan Carlson told a press conference on August 18 that there may be situations – such as doctor and dentist visits and on public transport – where face mask recommendations could be issued.

Sweden’s Nordic neighbours were long holdouts on the mask issue as well, but they have all changed their tune in recent weeks.

Finland now recommends wearing masks in public places, Norway advises it on Oslo public transport, while Denmark has made it mandatory on all public transport and in taxis.