Leading charities today plead with Boris Johnson to protect cancer sufferers after millions were abandoned during the first Covid-19 lockdown.

In a hard-hitting letter published below, the head of Cancer Research UK demands a firm commitment that diagnosis, treatment and clinical trials will not be delayed again.

The appeal by chief executive Michelle Mitchell is supported by 49 other charities and top doctors. With England in a second lockdown, the signatories insist the Government must ‘learn lessons’ and ensure patients are treated better.

They call for Covid-free ‘safe spaces’ for them and more frequent testing of NHS staff while private hospitals must be on standby for use. 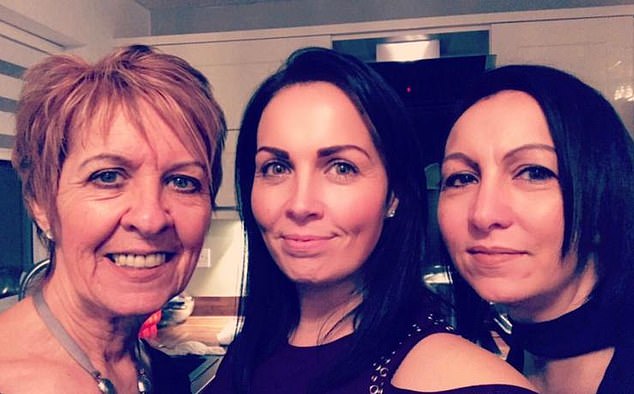 The letter comes amid growing concern that pauses in treatment during the first lockdown left many patients with a shortened life expectancy and some have even died.

Damning figures from the first wave suggest that up to 35,000 extra deaths next year may be caused by cancer as a result of the pandemic.

At least three million people are waiting for screening while around 350,000 have not had the urgent referrals they needed this year.

Grandmother Lesley Adshead worked for the NHS for 17 years but died of ovarian cancer ten weeks after her treatment was stopped – leaving her family feeling betrayed.

The 61-year-old had two sessions of chemotherapy in February but was told on March 23, the day lockdown was announced, there was nothing more that could be done.

Her daughter Tracy Keelan, 43, said: ‘My mum was sacrificed to concentrate on Covid rather than people already poorly with long-term tragic illnesses. I don’t think it’s fair the way my mum was treated and we need justice for cancer patients. We want to make sure no-one has to go through this.’

Mrs Adshead, from Salford, died on June 1 after a two-year battle with the disease. Mrs Keelan and her sister Hayley Moss, 40, feel she was let down after a long career as a clinical support worker at Salford Royal Hospital.

Mrs Moss said: ‘My mum was so well-loved. Sadly, when she needed our NHS the most, she was let down badly. It was a kick in teeth.’

Experts estimate there are 50,000 patients with undiagnosed cancer due to Covid-19 chaos in the NHS – a backlog which could take up to 18 months to tackle in England alone.

Last night Miss Mitchell said: ‘The Government cannot wait any longer to give the NHS the support it needs. Now is the time to ensure that cancer patients are protected in a second wave and to invest to improve survival for future patients.

‘The pandemic has already had a devastating impact on the lives of cancer patients. We must not see this repeated.’

Backing came from top clinicians such as Professor Peter Selby, of the Association of Cancer Physicians, and Dr Jeanette Dickson, president of The Royal College of Radiologists.

Their letter, also sent to the First Ministers of Scotland, Wales and Northern Ireland, states: ‘People affected by cancer have suffered terribly as a result of this pandemic.

‘We’re asking you to act to uphold your ambition to improve cancer survival across our four nations.

‘Millions were left waiting for screening and thousands went without a referral for tests.

‘Over 30,000 fewer people started their treatment and most cancer clinical trials were paused.

‘We must learn lessons from earlier in the year. As Covid-19 cases rise, it’s imperative there are no further delays to essential cancer diagnosis, treatment and clinical trials.’

The charities also ask for urgent measures to deal with ‘deep-seated challenges’ within cancer services.

The NHS is facing scores of legal claims from cancer patients who missed out on life-saving treatment during the first lockdown.

A Government spokesman said: ‘More than 200,000 people were treated for cancer during the first peak.

‘The NHS treated two non-Covid patients for every Covid patient in the first wave and more than 870,000 people were referred for checks between March and August.’

‘I knew something was wrong but I wasn’t collapsed on the floor, I could still breathe,’ she said. Mrs Chirila, who has a daughter, Emily, 11, could not get an appointment until the end of June.

She was given a routine hospital referral for August 22 but four days before that, she collapsed at home in Lymm, Cheshire, and was rushed to A&E. 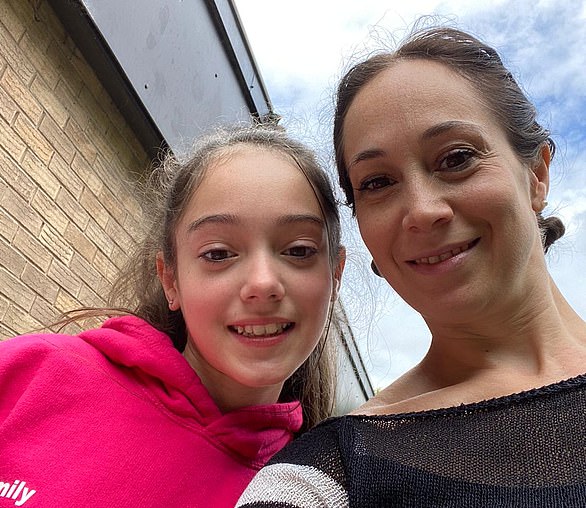 Mrs Chirila had scans at Wythenshawe Hospital, Manchester, and was told she had advanced bowel cancer which had spread to her liver.

‘No-one was allowed in when they gave me the news, not even my husband George,’ she said yesterday. She has begun chemotherapy hoping to shrink the tumour.

Friends have set up a GoFundMe page ‘Trying to make life a little bit easier’ to help give Emily a special Christmas.

Letter to Boris Johnson that warns: You must act NOW

Each of your governments has committed to improving cancer survival and ensuring that everyone can still receive cancer diagnosis, treatment and care throughout the Covid-19 crisis.

As we enter a second wave of the pandemic, we ask you to stand by these commitments. Now is the time to back the NHS and invest in cancer care, not only to get services get back on their feet but to transform cancer care in the UK into the world-leading services we all want to see.

Covid-19 has made the challenge ahead tougher. Millions were left waiting for screening and thousands went without a referral for tests. Over 30,000 fewer people started their treatment and most cancer clinical trials were paused. NHS staff have worked tirelessly to give the best care possible, and the situation is improving, but they need more support.

We must learn lessons from earlier in the year. As Covid-19 cases rise again it’s imperative that there are no further delays to essential cancer diagnosis, treatment and clinical trials.

In the coming months:

1 – The public must feel confident if they have suspected cancer symptoms, they will receive a diagnosis swiftly and safely.

2 – Health systems need to have ‘Covid-protected’ safe spaces so that cancer patients can be cared for with minimal risk of exposure to Covid-19.

3 – There must be frequent and rapid Covid-19 testing for all patient-facing NHS staff in primary and secondary care.

4 – We need measures in place to maximise service capacity, including use of the independent sector where needed.

But this alone will not be enough. Cancer services need your help to address deep-seated challenges.

Workforce and equipment shortages – particularly in diagnostics – were holding back cancer services long before the pandemic.

We simply need more staff, and for them to be fully equipped.

The UK Government’s spending review is an opportunity to put your weight behind your commitments and give the NHS what it needs to provide the best cancer care – and for the devolved governments to do the same.

People affected by cancer have already suffered terribly as a result of this pandemic.

We’re asking you to act now to minimise the ongoing impact of Covid-19 on cancer care and uphold your ambition to improve cancer survival across our four nations.