Former FBI Director James Comey revived his attacks on President Trump during Sunday’s installment of CBS’ “Face the Nation” — but was not asked about a recent guilty plea by ex-FBI lawyer Kevin Clinesmith.

Last week, Clinesmith pleaded guilty to making a false statement in the first criminal case arising from Connecticut U.S. Attorney John Durham’s review of the investigation into links between Russia and the 2016 Trump campaign. His misconduct took place during Comey’s tenure as FBI director.

Clinesmith’s plea went unmentioned by “Face the Nation” moderator Margaret Brennan. She did, however, ask Comey whether he thought he was a “target” of Durham’s investigation.

“I have no idea,” Comey responded. “I’ve had no contact with [Durham] and haven’t talked to him. … I can’t imagine that I’m a target. I saw in a news report that [former CIA Director] John Brennan was a witness. Given that I know what happened during 2016, which was a bunch of people trying to do the right thing consistent with the law, I’m not worried at all [about] that investigation of the investigation.” 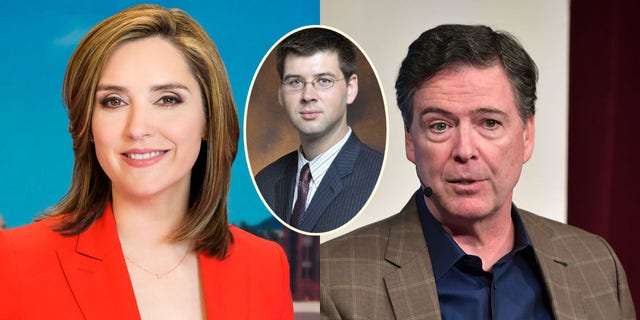 In December 2019, Clinesmith was referred for potential prosecution by the Justice Department’s inspector general’s office, which conducted its own review of the Russia investigation.

Specifically, inspector general Michael Horowitz accused Clinesmith, though not by name, of altering an email about former Trump campaign adviser Carter Page to say that Page was “not a source” for another government agency. Page has said he was a source for the CIA. The Justice Department relied on that assertion as it submitted a third and final renewal application in 2017 to eavesdrop on Page under the Foreign Intelligence Surveillance Act (FISA).