It’s been just over two months since Candace Cameron Bure posted a photo of her husband, Valeri Bure, touching her breast on Instagram.

And now the Full House star is opening up about the backstory to the photo and the backlash the couple have faced from some people in their Christian community.

‘And the fact that we have fun and we flirt together, this is part of what makes our marriage work. This is something to be celebrated as a Christian,’ she explained. 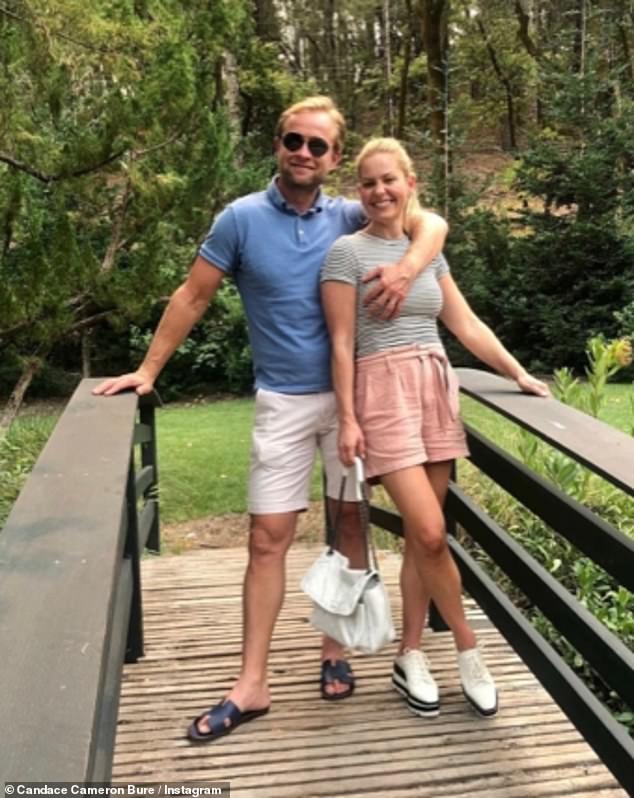 The photo in question was one of two Candace posted of the couple standing on a small bridge on her Instagram Story.

The first shows Valeri kissing her cheek as she smiles dreamily; the second shows the former professional hockey player’s hand rested over her breast as she flashes a big beaming smile.

‘Sweet and spicy. 24 years and counting,’ the 44-year-old actress wrote in the caption when she unapologetically reposted the snaps on her Instagram feed September 11.

It turns out the photo was taken while they were out to lunch with their 20-year-old son Lev. Inspired by the beautiful weather that particular day, Candace asked Lev to take a couple of pictures of them together. 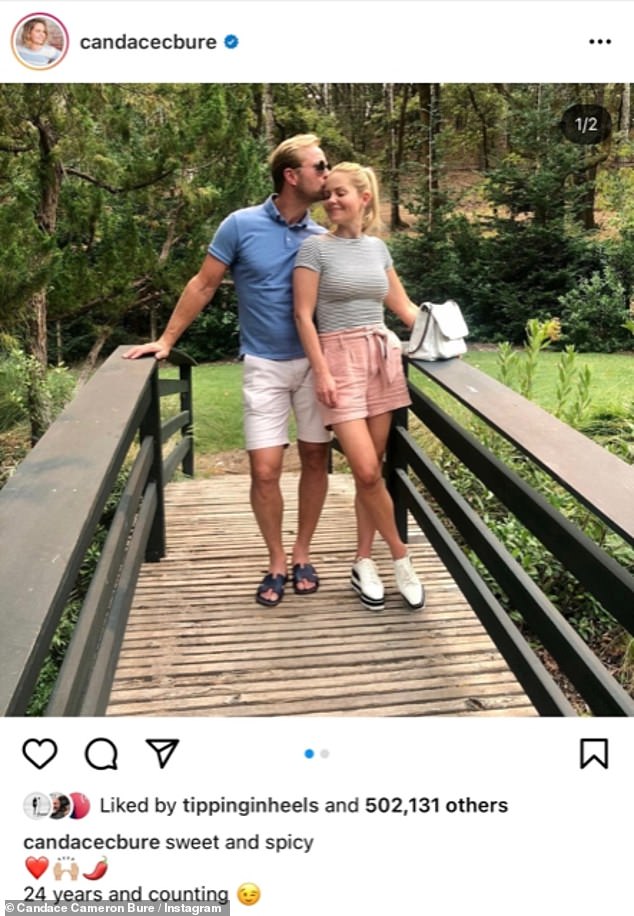 Owning it: The Full House star says the couple’s flirty behavior after 24-years of marriage is ‘something to be celebrated as a Christian’ 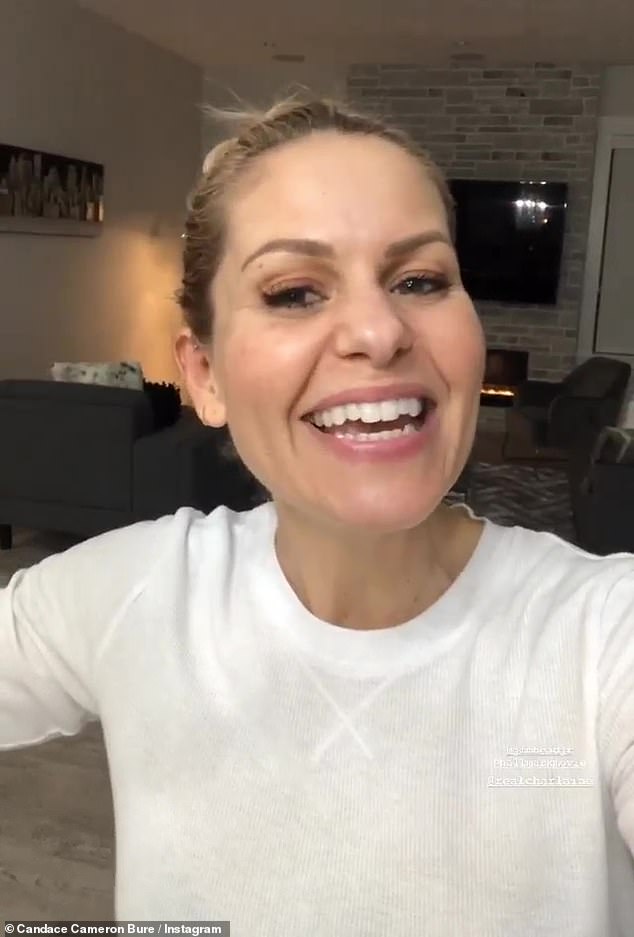 Having a laugh: The Aurora Teagarden actress said she found the photo in question ‘so funny’

‘For those of you who may casually follow me on Instagram, you will know that my husband is not on Instagram very often. I call him the unicorn because he only makes an appearance a couple times a year,’ the actress revealed during the podcast.

‘At the very end of it, he had his arm draped around my shoulder, and then the very last picture he grabbed my boob,’ she continued.

The image got a mixed bag of comments, including some folks who didn’t think it sent the right message as a Christian.

‘Oh that’s so inappropriate that you posted that as a Christian. You should be more modest,’ Candace said of the various comments from detractors.

The Aurora Teagarden star made a point to share that she has also received a lot of positive comments in support of the couple being flirty with each other after 24-years of marriage. 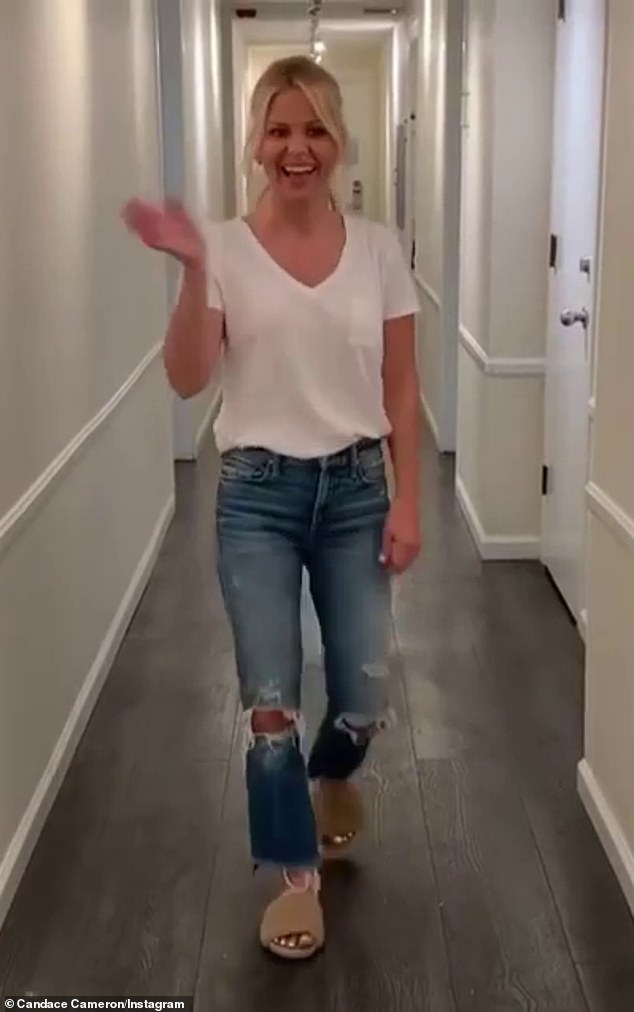 Wave of support: The Los Angeles native also received a lot of positive comments in support of the couple being flirty with each other after 24-years of marriage

In the wake of the story going public these last couple of months, Candace appears to have gotten even more support on social media.

One person summarized the sentiments of a lot of the comments by writing: ‘This is GREAT! I love these pics.’

Another follower added, ‘Wonderful!!! Love, affection, and playfulness are critical in every marriage. So glad you both are keeping it happy and healthy!!!’

And a third shared, ‘As a Christian, a husband, a psychologist, I love that you and your husband are feeling “sweet and spicy” after 24 years.’

But still there are also other Christians who are offended by the photo.

‘In the kink community, forcing people to view your sexual activities is considered non consent. Given how sensitive your viewers are, despite how tame this is, it’s quite selfish of you to post this. You know damn well how sensitive your Christian audience is and you forcing this on your followers without an explicit tag is irresponsible.’

The Bures tied-the-knot in 1996, and have two other children, along with Lev: daughter Natasha, 22, and a second son Maksim, 18. 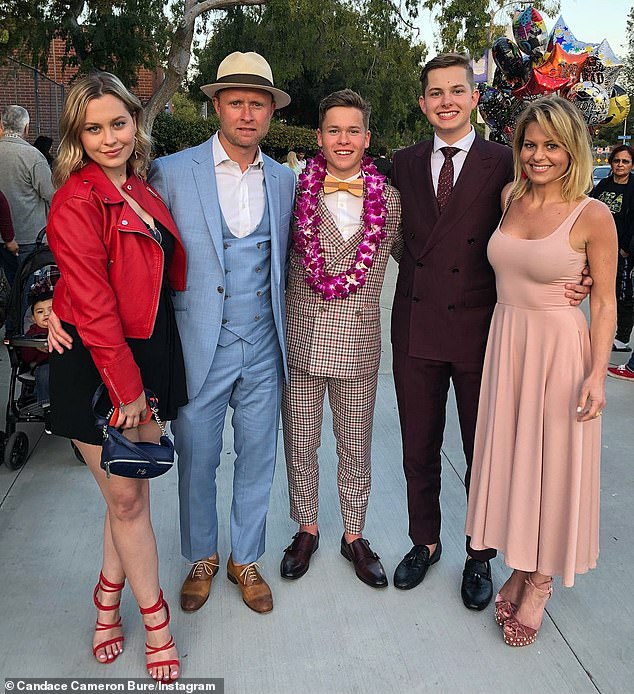 Family matters: The couple, who have been married since 1996, are the proud parents to three children: daughter Natasha, 22, and sons Maksim, 18, and Lev, 20