The transfer still ranks as one of the most extraordinary of the Premier League era. Here, we revisit that day in January 1995…

The first Newcastle midfielder Lee Clark knew that something was not right was when Cole, his next door neighbour and best friend at the club, was nowhere to be seen ahead of their drive into training.

‘He wasn’t answering his door and his phone was ringing out,’ Clark tells Sportsmail. ‘I thought, “Well I’m not getting a club fine for being late”, so I drove down to Chester-le-Street by myself.’

En route, Cole rang Clark on his car phone and apologised. He explained he was in Manchester and was sworn to secrecy.

‘I was gutted,’ says Clark. ‘It had all been agreed the night before and he’d gone down. We were supposed to be buying the best players at that point, not selling them. At training there was massive disappointment, but we trusted Kevin (Keegan).’

In truth, the wheels of the deal began turning the week before when Cole’s agent, Paul Stretford, mentioned to Newcastle boss Keegan that Alex Ferguson was interested in signing him.

Rather than dismiss the suggestion, Keegan took the weekend to consider the proposal, during which Newcastle drew 1-1 at home to Blackburn in the FA Cup third round, a match in which Cole was off form.

‘Andy was a great fella, a magnificent player – he’d scored a club record 41 goals the year before – and we thought the world of him, but he hadn’t been right for a while,’ McDermott tells us.

‘We suspect he got a sniff he might be going because he’d been different around the place and wasn’t doing it like he could on the pitch. Kevin thought it was best for the club – and for Andy – if we did the deal.’

Contact between the clubs was initiated on the Monday and, after Keegan won a heated exchange with Newcastle’s reluctant directors, a £6m plus Gillespie package was agreed. 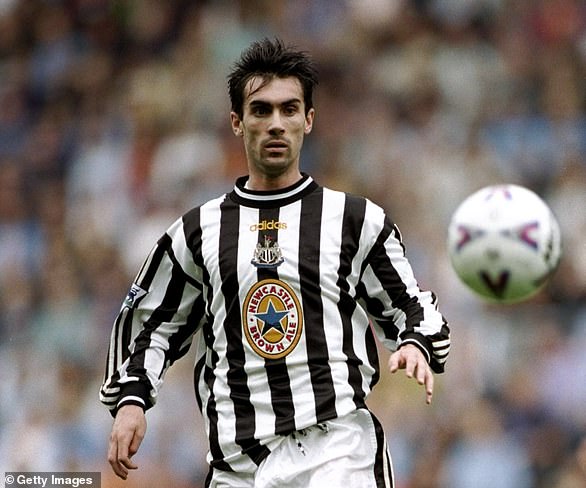 ‘If I’d said “no” then the whole thing would have collapsed, Keegan made it clear I had to be part of it,’ reveals Gillespie, who was 19 at the time and on the fringes of the first team at Old Trafford.

The Northern Irishman takes us back to the Monday evening and the toilets inside the away-team dressing-room at Bramall Lane, where United were playing Sheffield United in the Cup, a game Cole was watching at home when Stretford called telling him to pack a bag.

Gillespie says: ‘Sir Alex pulled me aside and explained the situation. I’d turned up expecting to play and now I was having to think about my future at the club. I was in shock, I watched the game in a blur.’

Afterwards, United captain Steve Bruce – by fate, the current Newcastle manager – played a part in making sure the deal went through.

‘Steve was a Geordie and he told me to jump at the chance,’ says the former winger. ‘He said I still had Andrei Kanchelskis in front of me at United but this was an opportunity to play and make a name for myself. My mind was made up, I was going.’

The team coach left Bramall Lane after a 2-0 victory but Ferguson and Gillespie headed to a Sheffield hotel, where Keegan and Newcastle’s hierarchy were waiting.

‘I had about a minute with Kevin and I was sold on the club, that was all it took, he had that magic about him,’ says Gillespie, who woke his mother in Belfast with a midnight call to tell her the news.

The following morning, Gillespie drove north for his medical. Word began to spread that something was in the offing.

John Gibson was the chief sports writer at the Newcastle Evening Chronicle.

‘I was in the newsroom in the morning and got a call from someone inside the club marking my card,’ he recalls.

‘It was absolute shock – “Are you bloody kidding?”. This wasn’t Keegan’s style, he bought the best, he didn’t sell them. So the situation became one of panic. We had a paper to get out and this was front-page news.

‘But would it definitely happen? Cole had shin splints and hadn’t been playing well, you wondered about the medical.

‘Then there was the backlash from fans, this wouldn’t go down well and the first a lot of people knew was from our later editions that day.’

Sure enough, hundreds of angry supporters began to gather on the steps on the Milburn Stand. One bellowed that Keegan was a ‘traitor’.

Keegan, McDermott and the club’s directors were in the boardroom looking down. Douglas Hall, son of chairman Sir John, called security to arrange two cars to smuggle them out on the other side of the ground. Keegan told him to forget the idea, he was going down to face the crowd. 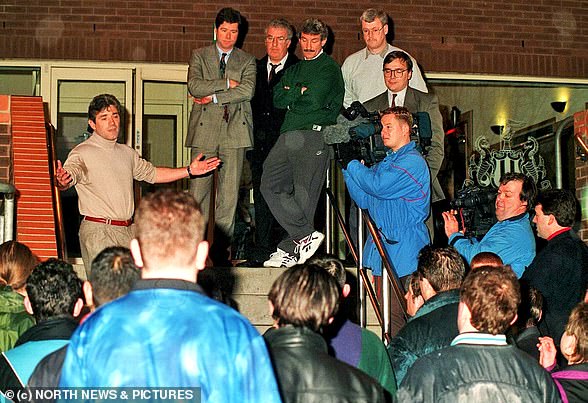 ‘So we all went,’ says McDermott. ‘But when Douglas and Freddie (Shepherd) saw the numbers, they stayed at the doors! Me and Kevin went out. They weren’t happy.

‘But Kevin talked them around, he explained how he would take the club forward and how they had to trust him. He had that charisma and they believed him.

‘I always remember one fan then said, “He wouldn’t sell Cole without having a replacement lined up anyway”. I muttered behind Kevin, “Oh yes he f***ing would!”.’

At the same time in a rain-sodden Manchester, a suited Cole was being introduced alongside Ferguson, who said he was ‘pleasantly surprised’ that Keegan had agreed to sell.

Cole later said: ‘You think, “The manager doesn’t want me anymore”, so naturally you move on.’

The Newcastle fans, by now pacified at the feet of their messiah, told Keegan that they wanted Alan Shearer, Roberto Baggio or Matt Le Tissier. It was not until six months later, however, that Les Ferdinand arrived for £6m and, after finishing second in the league behind Cole and United the following season, Shearer signed for a world-record £15m.

‘I think we didn’t do too badly out of it with Les and later Alan,’ says McDermott. ‘You can’t criticise Andy, we feel he wanted to go, even though he said otherwise, but he went on to win Premier League titles and the Champions League.’ 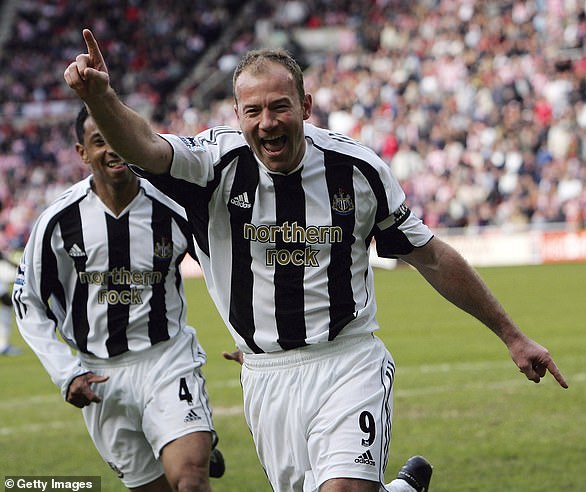 Gillespie may have been the footnote in the headlines that day but, by the Friday night, he was a guest on a TV chat show in Belfast.

‘Here I was sat in the green room with Michael Flatley from Riverdance and the actress Dame Thora Hird!’ he says. ‘I couldn’t believe what had happened, it was incredible.’

That is certainly one way of describing the events of Tuesday January 10, 1995.

By Craig Hope (published in January 2020)